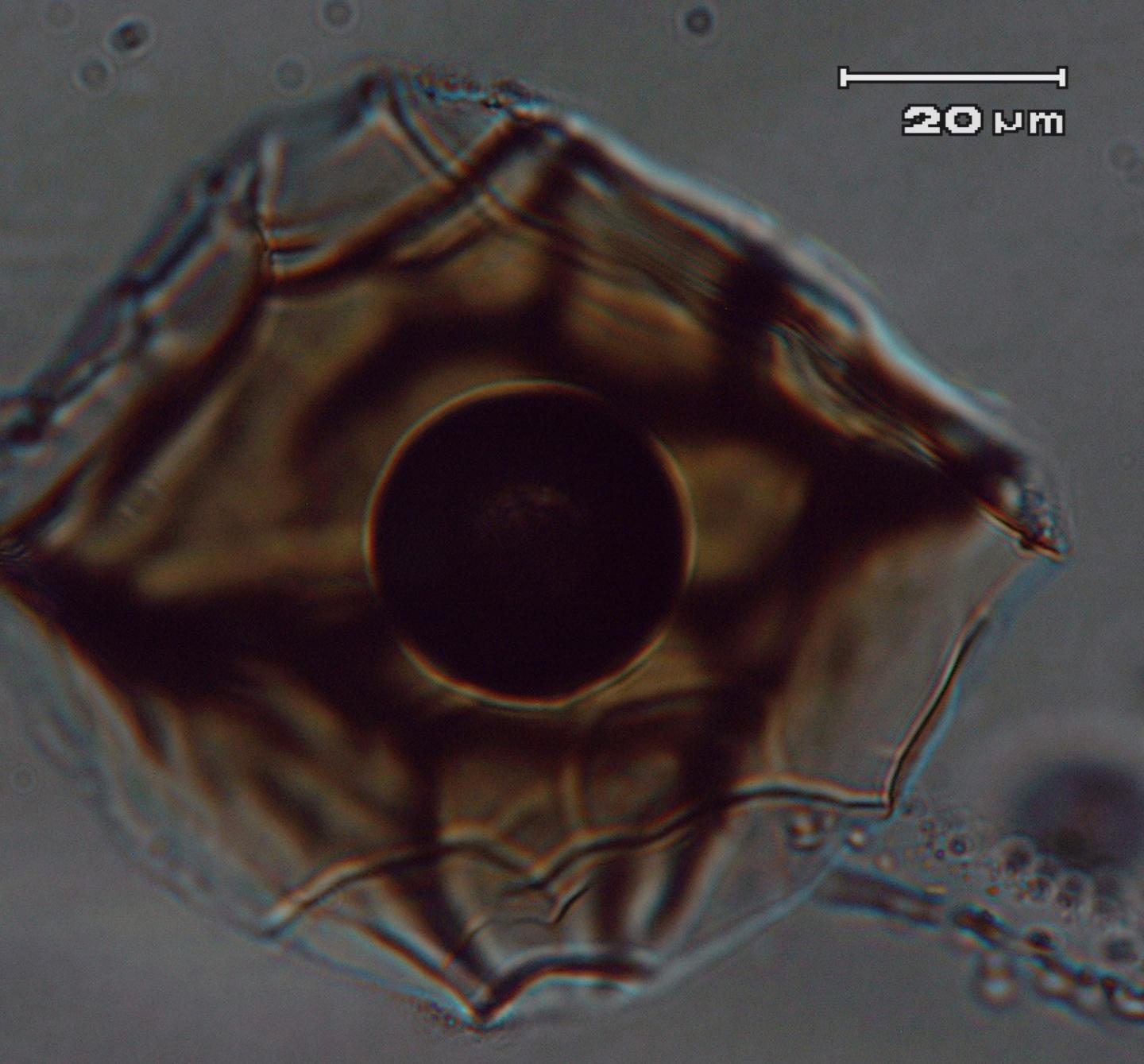 Around 1085 AD, along the southern rim of Northern Arizona’s elevated Colorado Plateau, a volcano erupted, forever changing ancient Puebloan fortunes and all nearby life. Among the 600 or so volcanoes that dot the landscape of the San Francisco volcanic fields, this one blew. It was the very first (and last) eruption for what came to be known as Sunset Crater, aptly named for its multi-hued, 1,000-foot-tall cinder cone.

Today, ASU School of Earth and Space Exploration scientist Amanda Clarke and her team have been working to solve the mysterious root cause of the Sunset Crater eruption and any lessons learned to better understand the threats similar volcanoes may pose around the world today.

“This is a common thing in volcanology, to reconstruct past eruptions to try to understand what the volcano or region might do in the future,” said Clarke. “We did the field work and we combined data from a previous study and used some modern techniques to put the story together.”

Working alongside several collaborators, they have painstakingly mapped every fissure, eruption deposit, and ancient lava flow of Sunset Crater to reconstruct the complete splatter patterns and geochemical compositions of all ejected materials, or tephra, from the eruption.

“When you visit the site, there are these lava flows that are obvious, but also this big tephra blanket that extends far beyond the volcanic edifice itself, way beyond the vent,” said Clarke. “My interest was first piqued when I learned on a field trip many years ago with former ASU professor Stephen Self, that Sunset Crater had an explosive past.”

In a previous study, Clarke’s group first showed that the volcanic activity developed in seven or eight distinct phases: initial fissure phases, followed by highly explosive phases, and finally, low-explosivity, waning phases. “It’s not clear how this happens, but eventually, the eruption settled on this single pipeline to the surface, and that’s where a lot of our work picks up the story,” said Clarke.

At several points during the explosive phase, the sky was filled with basaltic, cindery ash up to 20 to 30km high, making it one of the most explosive volcanic eruptions of its kind ever documented in the world.

“People in Winslow [100km away] would have been able to see it,” said Clarke. To give one an idea of the eruption size, they measured the total volume of eruption material, or 0.52 km3 dense rock equivalent (DRE)—-which, by comparison, turned out to be similar to the volume of the infamous 1980 Mount St. Helens eruption. “

It was very similar to Mt. St. Helens in terms of height and volume,” said Clarke. “You think these things that are cinder cones are going to be something like Stromboli in Italy—-a fire fountain of a couple of hundred meters and people might be able to watch it from their terrace—-but this peak phase was St. Helens scale.”

But as to why it erupted, that has remained a mystery, until now. “The science question is how these more liquidy magmas behave like viscous magmas,” said Clarke. The study, published in the journal Nature Communications was the result of a collaboration between SESE PhD alumna Chelsea Allison (now at Cornell University) and research scientist Kurt Roggensack. “Chelsea was a graduate student who did some innovative analysis and Kurt has this expertise in petrology and more small-scale analysis while I am more of a physical volcanologist; so that’s where we came together,” said Clarke.

Measuring the factors that led to the Sunset Crater eruption 1,000 years later is an extremely difficult task because the gases that make up the magma usually escape into the sky during the eruption, forever lost in time. But to better reconstruct the past, the group have taken advantage of extensive microanalyses from the tiniest blobs and bubbles that are the best representation of the composition of magma from Sunset Crater before the eruption, known as melt inclusions. Roggensack is recognized as a world expert in innovative melt inclusion analysis, especially in basaltic magmas.

How tiny? Melt inclusions are less than a thousandth of an inch across. They become embedded in time within growing crystals of the magma plumbing system that forms before a volcano erupts. “They’ve been liberated from the magma in the explosion,” said Clarke.

They are like a fizzy, soda concoction of trapped gas, frozen in time from the surrounding magma as they crystalize, yet able to reveal the gas composition and secret history of an eruption so long ago.

Think of the basaltic Sunset Crater having more of a maple syrup consistency versus the peanut butter variety of the rhyolite magma of Mt. St. Helens. “Those are viscous magmas that can have a lot of water stuffed in them,” said Clarke.

What were the conditions and ingredients that could lead to the Sunset Crater eruption?

“That leads to the big questions of what is the volatile content of the magma because that is going to control the explosivity,” said Clarke. “To answer the questions, you have to dig down deep into the plumbing system, and that’s what we did.”

Clarke’s group is among the first to show the importance of carbon dioxide in volcanic eruptions, partly because it wasn’t easy task to measure in the first place. “We think this eruption could have pumped a fair amount of carbon dioxide and also sulfur dioxide into the atmosphere,” said Clarke.

“Water is usually the main component [as in Mt. St. Helens] but what we are finding at Sunset is that carbon dioxide is very abundant and that tends to be more critical in the deeper part of the system to get the magma moving toward the surface. We think that played a big role in this. And the carbon dioxide is probably coming from deep in the mantle within the source area.”

The melt inclusions (MIs) were specifically chosen to provide a representative sample of textural features observed in the Sunset Crater eruption (e.g., varying bubble volumes, sizes and shapes). Some of the tools of the trade used were microscopes to bring the details of crystallization and bubble formation for each tiny melt inclusion to life, as well as sensitive instruments to measure the amount of volatiles trapped in the quenched glass.

“That can tell us some of the details of the last moments of the magma before it was quenched.”

Using a custom-built Raman spectrometer at ASU in the LeRoy Eyring Center for Solid State Science (LE-CSSS), Chelsea Allison set up the melt inclusion analysis in which samples are first excited using a blue sapphire laser. High-quality melt inclusions were polished and imaged with a petrographic microscope in preparation for Raman analysis.

“Raman spectroscopy can be used to measure the density of carbon dioxide, and then from the volume and density of the bubble, you can use that to calculate a mass,” said Clarke. “Allison had to do all kinds of stuff including creating standards to ensure what she was measuring was accurate. She used known amounts of carbon dioxide inside little glass tubes to make a calibration curve.”

“That all ties together, because once you have the volumes of the eruption, and the total volatile content of the magma, you can start understanding how much got ejected into the atmosphere, and what does that look like compared to other eruptions.”

It came from the deep

The carbon dioxide gas phase played a critical role in driving the explosive eruption, with the gas stored in the magma of Sunset Crater as deep as 15km below the surface.

“We think that magma was bubbling already at 15km deep, and that’s not what people typically think about magma systems with these volcanoes. It has been demonstrated before that you have a bubble phase. And if you have a system that is already bubbly and that deep, it means you might have a really rapid ascent.”

Although, the impact of basaltic volcanism on the global atmospheric system is largely unknown, this high carbon dioxide and sulfur from the eruption could have also had a large impact on the atmosphere at the time of the eruption.

They also compared the magmatic volatiles at Sunset Crater to those in explosive caldera-forming silicic eruptions such as the Bishop Tuff to highlight differences in their abundance and composition. This comparison suggested that the carbon dioxide rich phase is a critical pre-eruptive condition that drives highly explosive basaltic eruptions.

Explosive silicic eruptions, although still much larger in terms of erupted volume, are better analogies to the dynamics of the Sunset Crater eruption. Two such historical eruptions, the 1991 eruption at Pinatubo (Philippines) and the 1815 eruption of trachyandesite at Tambora (Indonesia), resulted in profound atmospheric impacts.

The lessons learned from Sunset Crater and its type of basaltic volcanism could still inform us today.

“Now we can ask, are the conditions that led to the Sunset Crater eruption really that unusual?” said Clarke. “How common is it for us to see a basaltic cinder cone that we think should be a gentle, observable eruption turn into something that is much more hazardous to aircraft flying overhead or to the people around it? We can start to apply these concepts to active systems.”

“And remember, though the vent at Sunset Crater is not going to erupt again, the San Francisco field is still active. There will probably be another eruption there. It could be anywhere, and probably in the eastern sector, but we don’t know where and when. It could be on a scale of thousands of years.”