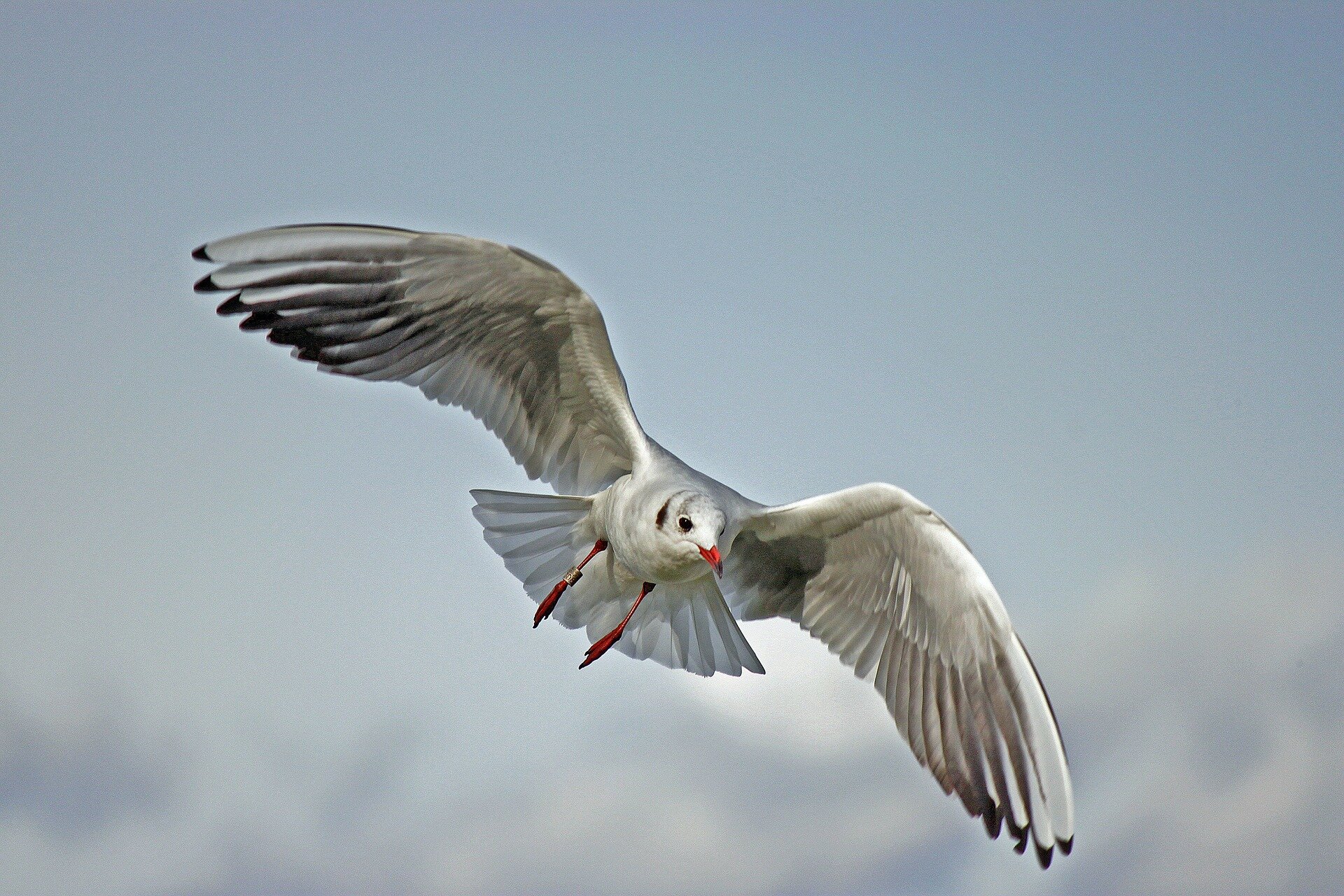 If you’ve ever seen a seagull snatch a pasty or felt their beady eyes on your sandwich in the park, you’d be right to suspect they know exactly when to strike to increase their chances of getting a human snack.

A new study by the University of Bristol is the most in-depth look to date at the foraging behaviors of urban gulls and how they’ve adapted to patterns of human activity in a city.

A team of scientists from Bristol’s Faculties of Engineering and Life Sciences used different data to record the behavior of urban gulls at three different settings in the city: a public park, a school and a waste center. The study used data from mini GPS tracker backpacks fitted to 12 Lesser Black‐backed Gulls, as well as observations of gull numbers at the different sites.

The team found the birds’ foraging patterns closely matched the timing of school breaks and the opening and closing times of the waste center, but that their activity in the park appeared to correspond with the availability of natural food sources.

These findings suggest gulls may have the behavioral flexibility to adapt their foraging behavior to human time schedules when beneficial, and that this trait helps them to thrive in cities.

Dr. Anouk Spelt, lead author of the paper published in Ibis, the International Journal of Avian Science, said, “Our first day at the school, the students were excited to tell us about the gulls visiting their school at lunch time. Indeed, our data showed that gulls were not only present in high numbers during lunch time to feed on leftovers, but also just before the start of the school and during the first break when students had their snack. Similarly, at the waste center the gulls were present in higher numbers on weekdays when the center was open and trucks were unloading food waste.

“Although everybody has experienced or seen gulls stealing food from people in parks, our gulls mainly went to park first thing in the morning and this may be because earthworms and insects are present in higher numbers during these early hours.”

Dr. Shane Windsor, co-author, said, “With this study in Bristol we have shown that gulls in cities are able to adapt their foraging schedule to make best use of food resources depending on their availability. Some gulls even used all three feeding grounds in the same day, suggesting they might track the availability to optimize their energy intake. These results highlight the behavioral flexibility of gulls and their ability to adapt to the artificial environments and time schedules of urban living.”