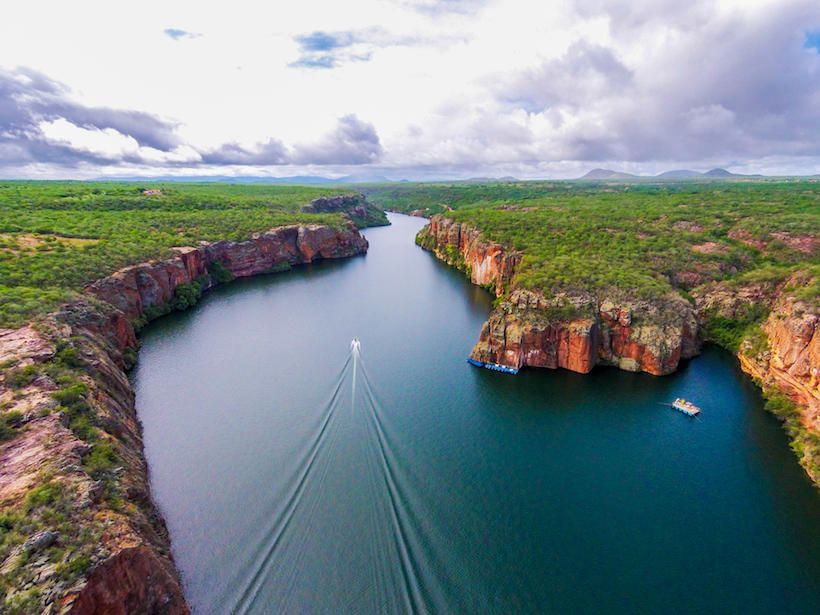 Researchers in Brazil and the United States have found that agriculture, urbanization, and mining are great threats to water quality in Brazilian rivers. These land uses are important sources of pollution but often remain unaccounted for in analyses of water quality.

Published in September in the Journal of Environmental Management, the study is the first review of land use impacts on water quality across all Brazilian regions. The authors noted that human transformation of native vegetation alters runoff, infiltration, and water evaporation in river catchments, “which affect streamflow, flow dynamics, and nutrient, sediment, and toxic loads to water bodies.”

Lead author Kaline de Mello, from the Institute of Biosciences at the University of São Paulo, said that expansion of the agricultural frontier in regions like the Amazon and the Cerrado—and now the Pantanal—are of great concern. “Deforestation is one of the main causes for river degradation, because forests protect rivers from runoffs of chemicals from agriculture or urban areas, for example.” Fertilizers in pasture regions often cause toxic algal blooms and eutrophication as they are washed into rivers.

“Together, urbanization and agriculture are the main sources of pollution to Brazilian rivers.”

The uncontrolled growth of cities is also a point of concern for riverine water quality. Almost half of Brazil’s 212 million citizens have no access to proper sanitation, and urban rivers receive considerable quantities of organic waste. Incorrectly disposed of garbage and road toxins also end up contaminating rivers, especially after rain. “Together, urbanization and agriculture are the main sources of pollution to Brazilian rivers,” De Mello noted.

Another source of river pollution is mining. “Even if it takes considerably less area than agriculture and urbanization, it still has an important impact on river water quality,” De Mello said. Mining sites produce wastewater with high concentrations of metals such as aluminum, zinc, and lead, which are harmful for human and animal life. Mine tailings can be flushed into rivers by dam bursts near mining sites, such as those in Mariana in 2015 and Brumadinho in 2019.

“Some other studies show that even in a scenario of universal access to sanitation in Brazil, water quality would still be compromised by this type of pollution,” said Guilherme Marques, a professor at the Institute of Hydraulic Research at the Federal University of Rio Grande do Sul who was not a part of the study.

Marques said that water pollution from industry and sewage treatment plants is more visible and easier to measure, as it comes from a single source. Pollutants that come in smaller portions from different sources that are vastly widespread, called diffuse pollution, are much harder to quantify and observe. Diffuse pollution may include the flush of heavy metals carried from the asphalt of cities by rain or runoff from agricultural fertilizers, for example.

The inclination of a river and the type of soil and vegetation around it interact with diffuse pollution and make its impacts harder to quantify and analyze than point source pollution. “Besides being more distributed, there’s a myriad of physical, chemical, and biological processes that happen to the pollutants and sediments even before they fall into a river,” Marques said.

“[A single model] cannot give answers—but this review really sounds the alarm.”

Jean Minella, a professor in the Soils Department at Brazil’s Federal University of Santa Maria who did not participate in the study, said that these studies are undertaken all over the world and each river basin behaves differently. “It is very complex to study this scenario in Brazil with its soil, climate, and vegetation variation. [A single model] cannot give answers—but this review really sounds the alarm,” he said.

There should be more fine-grained data to aid the design of specific policies for each Brazilian river basin, Minella said. He added that the Brazilian National Water Agency has a monitoring network, but it has a very low frequency of sampling for analysis of water quality (“something in the order of four a year”).

“There’s little use in enhancing mathematical models when there is so little data to analyze,” Minella said. “There’s a need for heavy investments in hydrological monitoring in Brazil—universities do not have enough resources to do research at the scale and frequency the Brazilian society needs.”

“Policymakers should be aware of the costs water shortages can bring to their cities. Present benefits cannot make up for future costs.”

To Marques, it is of utmost importance to act on the information already available. River pollution is, after all, a matter of water security, he said. “Policymakers should be aware of the costs water shortages can bring to their cities. Present benefits cannot make up for future costs.”

Viviane Buchianeri, an agronomy engineer at the state Secretariat for Infrastructure and Environment in São Paulo, pointed to the Nascentes Program as an example of how policymakers are attempting to address this balance between present benefits and future costs. Producers in São Paulo can have fines for environmental infractions converted into environmental services such as reforestation. More than 35 million tree seedlings have been planted as a result of the program.

But all efforts will be insufficient if complex issues such as housing and sanitation are not solved, Buchianeri said. “We will be walking in circles unless access to housing and sanitation is universal. This is why the first of the U.N.’s Sustainable Development Goals is ending poverty. You can only work effectively on the other problems starting from there.”