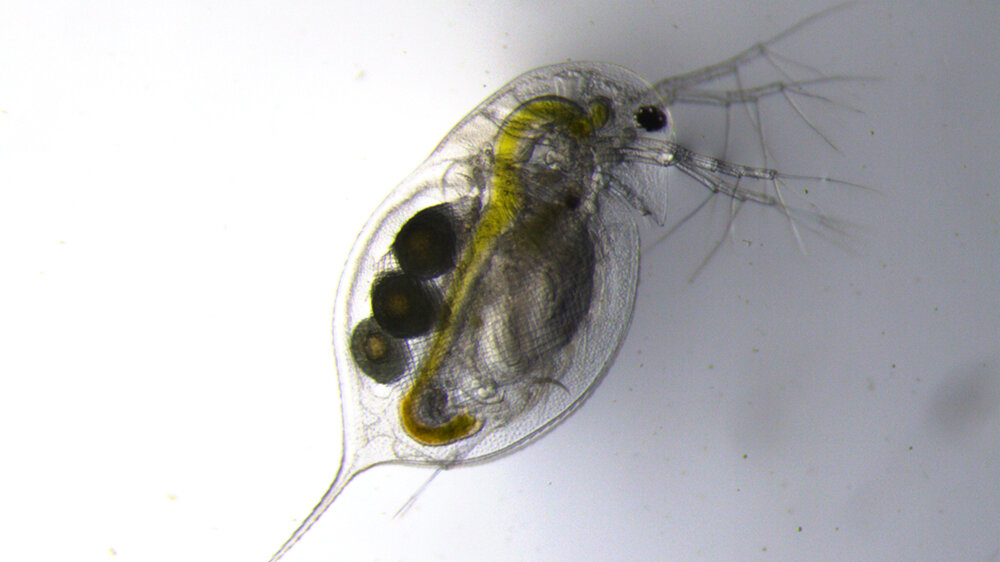 Researchers from The University of Texas at Arlington resurrected the preserved eggs of a shrimp-like crustacean to examine long-standing questions about adaptive evolution, reporting the results in the journal Proceedings of the National Academy of Science.

The study explores the evolutionary impacts of species invasions by studying Daphnia, a shrimp-like crustacean also known as the water flea. Matthew Walsh, associate professor of biology; Alex Landy, UTA postdoctoral researcher; and their colleagues collected sediment cores containing the preserved eggs of Daphnia from lakes in Wisconsin following the invasion of a novel predator. The researchers then ‘resurrected’ the eggs in hopes of seeing novel evolutionary processes in real time.

“Each layer of the sediment core represents a distinct time period and contains a generation of water flea eggs that sank to the lake floor,” Walsh said. “By hatching the eggs, we are able to measure the viability and traits of water fleas from before, during and after the invasion of the novel predator.”

According to the study, variations in how the ancestors responded to the novel predator were central to water flea adaptation. Yet few studies have been able to assess the characteristics of ancestral populations prior to a change in the environment, Walsh said.

“The key advance illustrated by our work is that the resurrected ancestral lineages of Daphnia revealed extensive genetic variation in their responses to exposure to a novel predator,” Walsh said. “Such variation in plasticity provided a template for evolution to proceed following the establishment of the predator.”

Walsh added that his team’s work is important because it allows researchers to observe evolutionary processes in real time to better understand how organisms adapt to changes in environmental conditions, such as rising temperatures, habitat loss or species invasions.

“Our results highlight the importance of quantifying genetic variation in plasticity when evaluating the drivers of evolutionary change in the wild,” Walsh said. “Furthermore, our work calls for more studies that quantify genetic variation in ancestral populations to better understand how and why evolution occurs in a natural setting.”

Team says non-genetic changes can help parents or offspring, not both

Provided by
University of Texas at Arlington