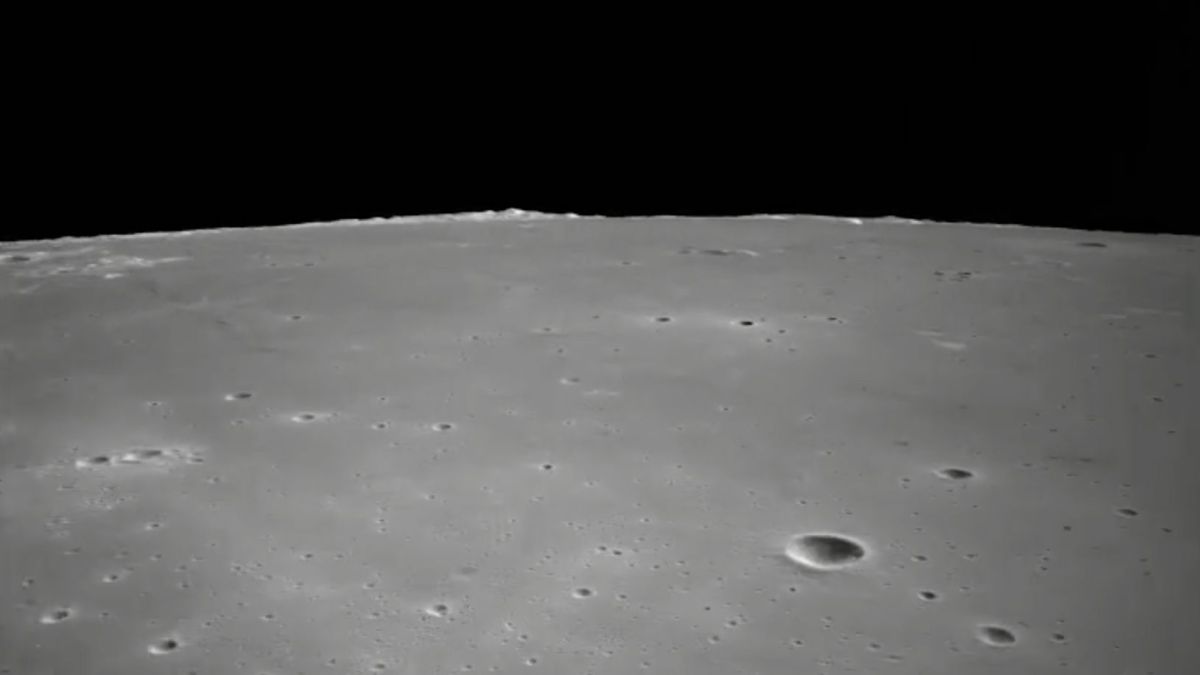 A spectacular video from China’s Chang’e 5 lander spacecraft revealsits successful touchdown on the moon as it  softly set down to collect the first lunar samples in 44 years.

The 49-second, sped-up video was captured by a camera underneath the Chang’e 5 lander as it passed over the vast Oceanus Procellarum (“Ocean of Storms“) while aiming for a safe landing site on Tuesday  (Dec. 1). The black-and-white footage shows peaks on the horizon before the spacecraft moves into a vertical position to begin its powered descent onto the surface. Another video, released by China’s CCTV news network, shows Chang’e 5’s sample-collection arm drilling into the lunar surface as it collected samples. (We combined them into one in the video above.)

In pictures: China on the moon! A history of Chinese lunar missions

In the descent video, craters of all sizes appear and disappear as the lander slows its fall. With all of this taking place around 236,000 miles (380,000 kilometers) away and signals taking two seconds to travel from the Earth and back, the process needed to be automated.

Chang’e 5 used a gamma ray altimeter to gauge the distance to the surface and optical and laser systems to detect potential hazards. The lander appears to hover as it selects its landing site and makes it final descent.

The spacecraft launched on Nov. 23 and finally touched down safely Tuesday at 10:11 a.m. EST (1511GMT, 11:11 p.m. Beijing Time) near Mons Rümker, a volcanic peak. However the landing is only one part of a very challenging mission which aims to deliver the first fresh lunar samples to Earth since the 1970s.

The spacecraft began collecting samples within a couple of hours of landing, both scooping from the surface and drilling into the lunar regolith to obtain scientifically precious material.

Chang’e-5 has been busy scooping and drilling for samples from the landing site in Oceanus Procellarum. Here’s gif of the scoop arm in action, placing material into the sample container. pic.twitter.com/jq0hbJwV20December 2, 2020

An ascent vehicle will launch the valuable cargo back into lunar orbit on Thursday in preparation to dock with the waiting Chang’e 5 orbiter. The orbiter will then carry the samples back towards Earth, releasing a reentry capsule that will enter the atmosphere and land around Dec.16.

If all goes well scientists will have the first new lunar samples in decades which potentially could be billions of years younger than those collected previously by Apollo and Soviet Luna missions.

The samples could help scientists understand why this area of the moon may have been geologically active long after volcanism in most other parts of the moon had ended.