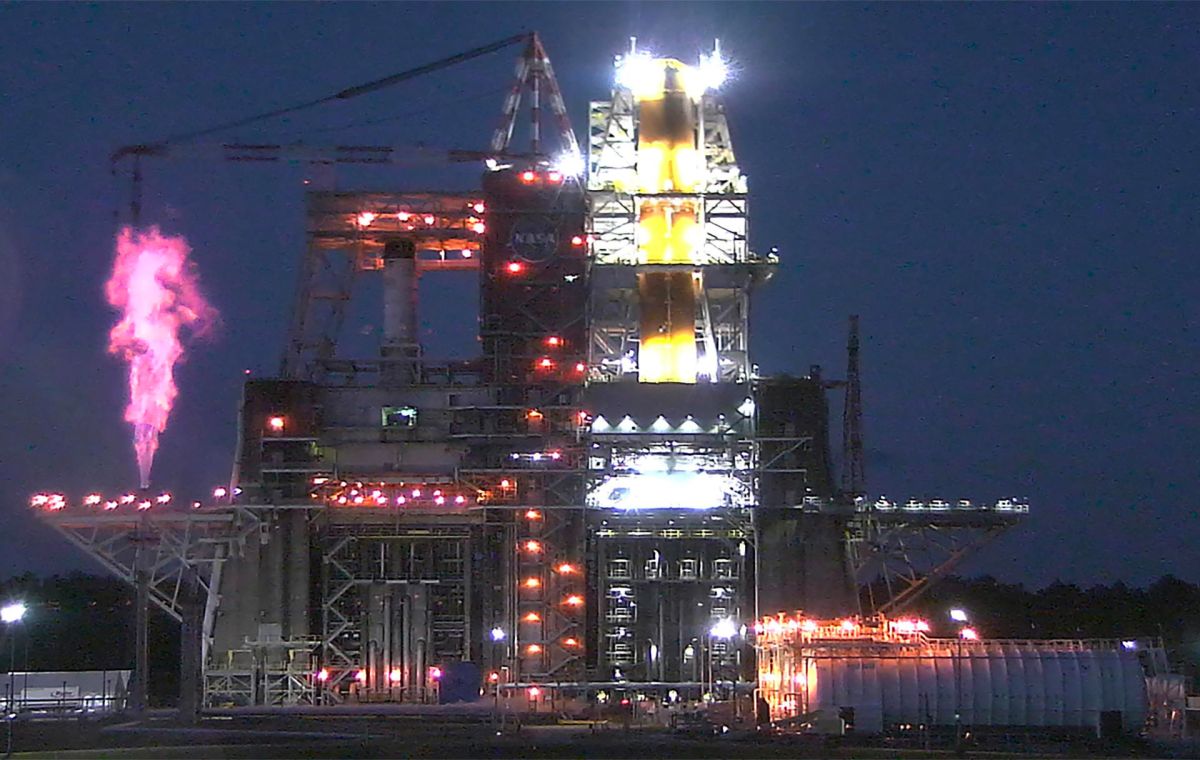 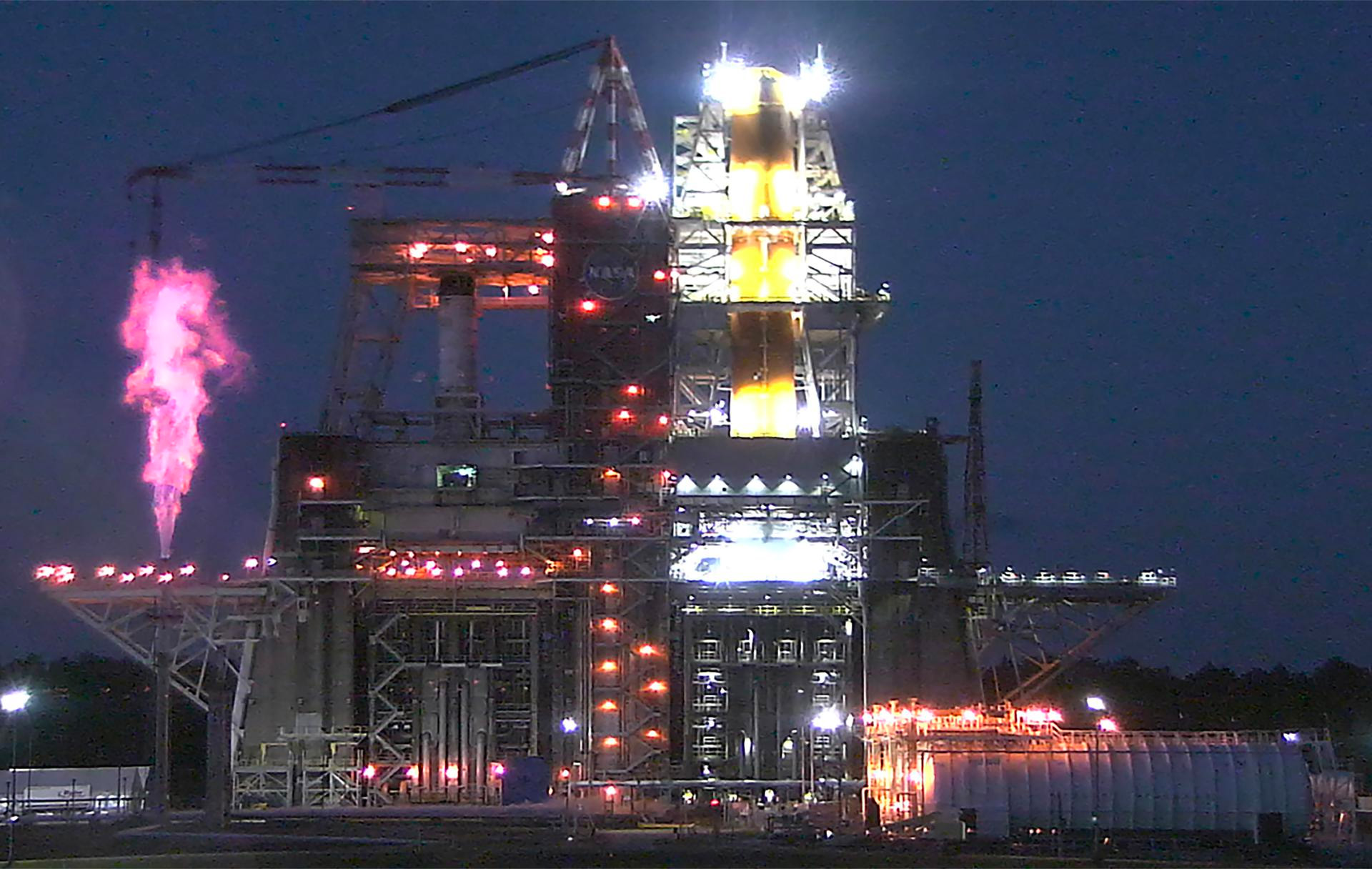 NASA is going to light up the most powerful rocket it’s ever built Saturday (Jan. 16), though it won’t go anywhere.

The test, scheduled for sometime between 5:00 p.m. and 7:00 p.m. EST, will be the first test of the core of the Space Launch System (SLS). That’s the rocket NASA hopes will one day carry a new generation of astronauts to the moon and handle other missions beyond the scope of existing commercial crew vehicles. As Live Science reported, it’s a bit shorter than the Saturn V rockets that carried Apollo astronauts to the moon, but it’s more powerful. It will produce 15% more thrust during liftoff and ascent compared with the Saturn V.

When the four RS-25 engines at the bottom of the SLS ignite, it will close a period of testing for the rocket that NASA has called its “green run,” beginning with stress tests on the physical structure of the rocket and concluding with this live fire that is meant to make sure the core rocket stage is ready to launch. NASA has previously tested the solid rocket boosters that will eventually be affixed to the side of the rocket core for actual launches.

This core includes liquid hydrogen and oxygen tanks, the four engines and the rocket’s computers and avionics. All of them will be turned on as 700,000 gallons (2.6 million liters) of supercooled propellant are loaded into the rocket and then ignited while the rocket remains fixed in place at NASA’s Stennis Space Center near Bay St. Louis, Mississippi. When those engines are fired up, they will generate 1.6 million pounds of thrust, NASA said.

If the test goes as planned, it will put NASA on the road toward pairing the rocket core with an Orion spacecraft and the solid rocket boosters for actual launches. (Expect many further tests before any humans climb aboard.)