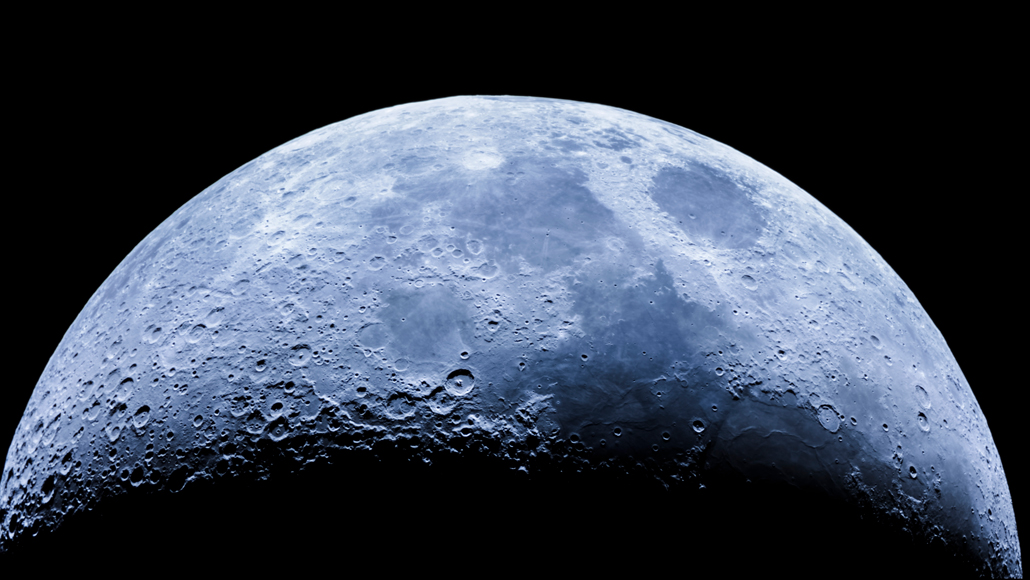 Past observations have suggested that there’s water on the moon. New telescope observations conclude that those findings hold water.

Spacecraft have seen evidence of water ice in permanently shadowed craters at the lunar poles (SN: 5/9/16), as well as hints of water molecules on the sunlit surface (SN: 9/23/09). But water sightings in sunlit regions have relied on detection of infrared light at a wavelength that could also be emitted by other hydroxyl compounds, which contain hydrogen and oxygen.

Now, the Stratospheric Observatory for Infrared Astronomy, or SOFIA, has detected an infrared signal unique to water near the lunar south pole, researchers report online October 26 in Nature Astronomy. “This is the first unambiguous detection of molecular water on the sunlit moon,” says study coauthor Casey Honniball, a lunar scientist at NASA’s Goddard Space Flight Center in Greenbelt, Md. “This shows that water is not just in the permanently shadowed regions — that there are other places on the moon that we could potentially find it.”

These observations could inform future missions to the moon that will scout out lunar water as a potential resource for human visitors (SN: 12/16/19).

SOFIA, operated by NASA and the German Aerospace Center, is a 2.5-meter telescope that rides aboard a jumbo jet to get clear views of the sky (SN: 2/17/16). During a flight in August 2018, the telescope detected 6-micrometer infrared light emanating from a region near the moon’s southern Clavius crater. This wavelength of light is generated by the vibrations of sunlight-heated water molecules, but not other compounds containing hydroxyl, which consists of an oxygen atom bound to a hydrogen atom.

Based on the brightness of the observed infrared light, Honniball’s team calculated a water concentration of about 100 to 400 parts per million around the Clavius crater. That’s less than half a liter of water per metric ton of lunar soil. This concentration was about what the researchers expected, based on past spacecraft observations.

“The only way for us to be seeing water on the [sunlit] moon is if it is sheltered from this harsh environment,” Honniball says. These water molecules could be encased in glass forged by micrometeorite impacts, or wedged between soil grains that shield the water from blistering solar radiation.

Water could have formed on the moon itself, from hydrogen ions in the continual outward flow of charged particles from the sun reacting with oxygen on the surface (SN: 10/6/14). Or, if the water is stored in impact glass, it could have been delivered to the moon by micrometeorites.