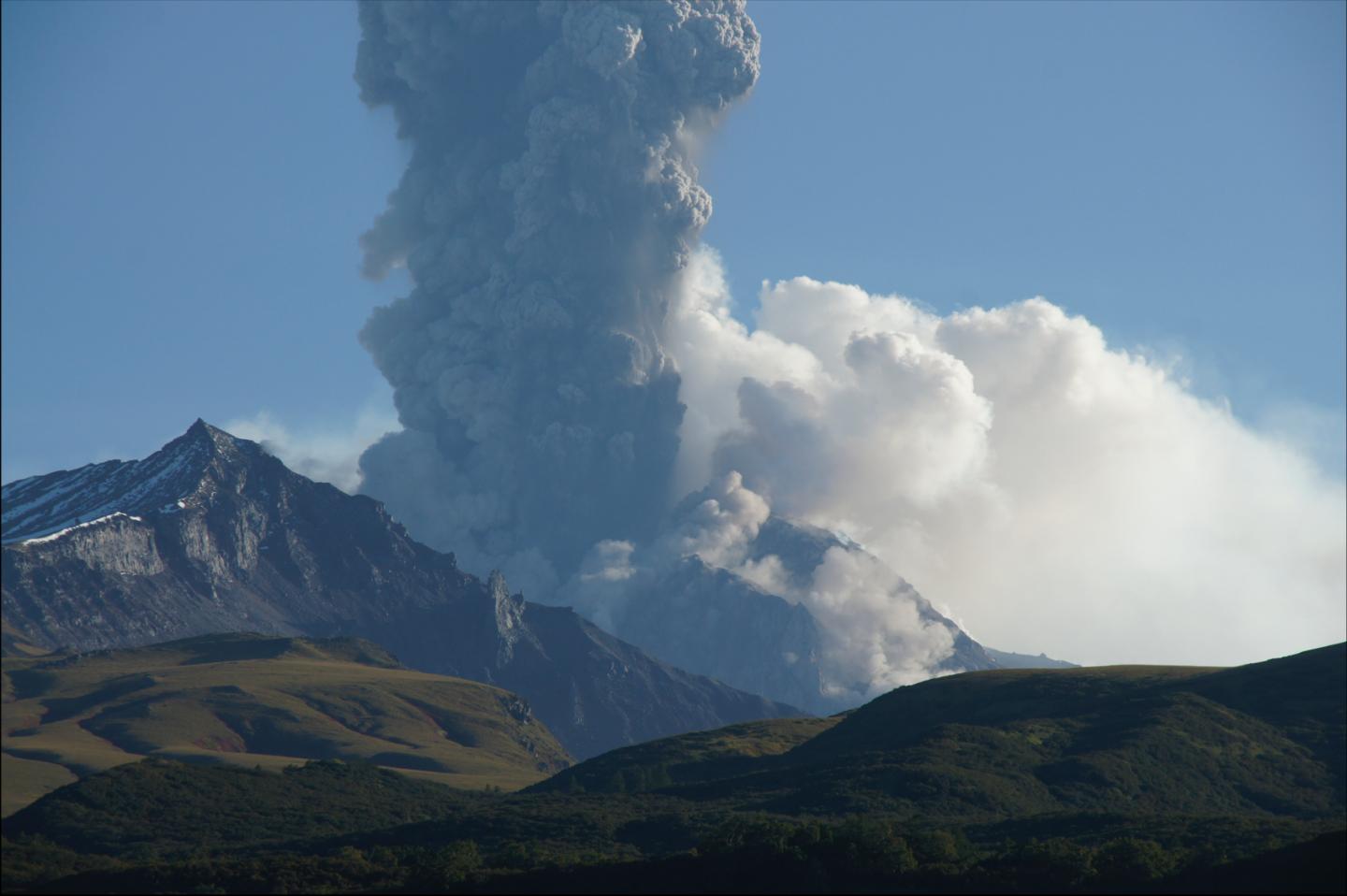 There isn’t much in Kamchatka, a remote peninsula in northeastern Russia just across the Bering Sea from Alaska, besides an impressive population of brown bears and the most explosive volcano in the world.

Kamchatka’s Shiveluch volcano has had more than 40 violent eruptions over the last 10,000 years. The last gigantic blast occurred in 1964, creating a new crater and covering an area of nearly 100 square kilometers with pyroclastic flows. But Shiveluch is actually currently erupting, as it has been for over 20 years. So why would anyone risk venturing too close?

Researchers from Washington University in St. Louis, including Michael Krawczynski, assistant professor of earth and planetary sciences in Arts & Sciences and graduate student Andrea Goltz, brave the harsh conditions on Kamchatka because understanding what makes Shiveluch tick could help scientists understand the global water cycle and gain insights into the plumbing systems of other volcanoes.

In a recent study published in the journal Contributions to Mineralogy and Petrology, researchers from the Krawczynski lab looked at small nodules of primitive magma that were erupted and preserved amid other materials.

“The minerals in these nodules retain the signatures of what was happening early in the magma’s evolution, deep in Earth’s crust,” said Goltz, the lead author of the paper.

The researchers found that the conditions inside Shiveluch include roughly 10%-14% water by weight (wt%). Most volcanoes have less than 1% water. For subduction zone volcanoes, the average is usually 4%, rarely exceeding 8 wt%, which is considered superhydrous.

Of particular interest is a mineral called amphibole, which acts as a proxy or fingerprint for high water content at known temperature and pressure. The unique chemistry of the mineral tells researchers how much water is present deep underneath Shiveluch.

“When you convert the chemistry of these two minerals, amphibole and olivine, into temperatures and water contents as we do in this paper, the results are remarkable both in terms of how much water and how low a temperature we’re recording,” Krawczynski said.

“The only way to get primitive, pristine materials at low temperatures is to add lots and lots of water,” he said. “Adding water to rock has the same effect as adding salt to ice; you’re lowering the melting point. In this case, there is so much water that the temperature is reduced to a point where amphiboles can crystallize.”

Read more on the Department of Earth and Planetary Sciences’ website.