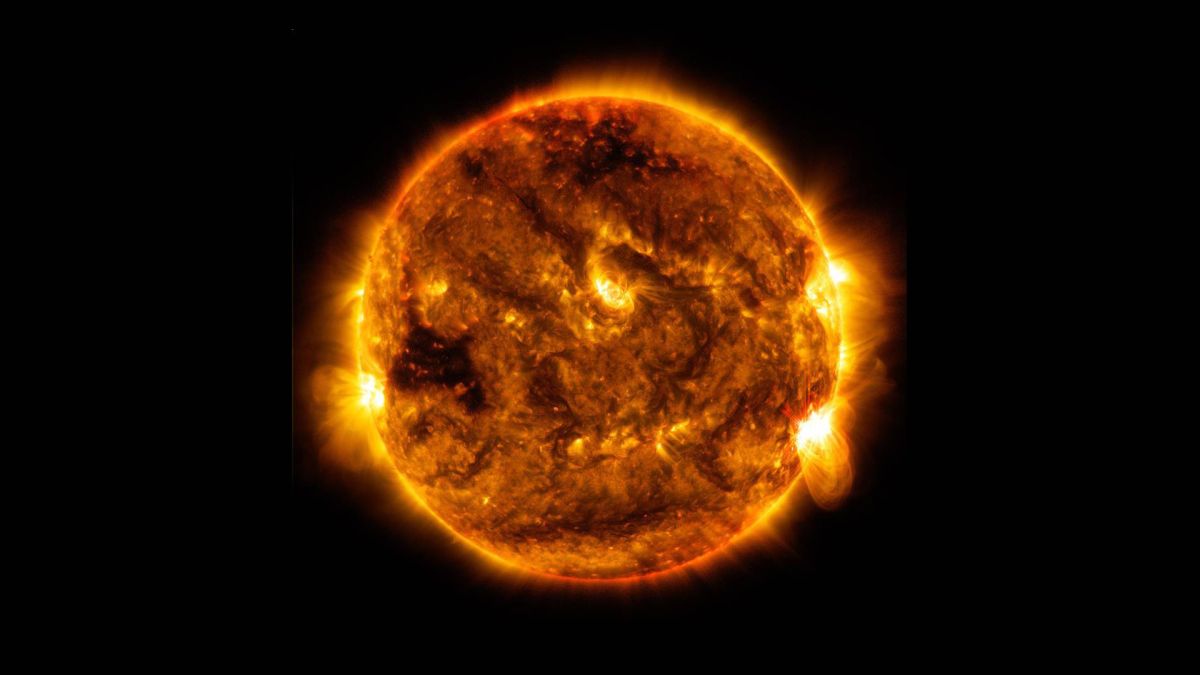 If you cast your mind back to school and can remember when your teacher shone light through a prism to create an artificial rainbow, then you’ll probably already know the answer to this question.

“The entire sun and all of its layers are glowing,” said Christopher Baird, an assistant professor of physics at West Texas A&M University in Canyon, Texas. “The ‘color of the sun’ is the spectrum of colors present in sunlight, which arises from a complex interplay of all parts of the sun.”

So essentially, if we’re trying to figure out what color the sun is, we need to dissect the sun’s rays here on Earth and quantify them. There are a few different ways to do this and they aren’t especially high-tech — in fact, most kids have probably done some version of this experiment.

Related: Will our solar system survive the death of our sun?

“The color content of a beam of light can easily be identified by running the beam through a prism,” Baird told Live Science. “These simple, cheap, handheld objects spread out the beam of light into its various pure color components. Each pure color has a distinct wave frequency.” That’s why scientists tend to use the words “color” and “frequency” interchangeably, because a ray of light’s color is defined by its frequency — for visible light, red has the lowest frequency and violet has a highest. The range of colors, or frequencies in a beam of light is called a spectrum.

The slightly more sophisticated way of doing this is with a camera, which takes a quantitative measurement of the brightness of light hitting different pixels, and therefore gives us a way to plot the brightness of the different frequencies in the solar spectrum. If one particular frequency were consistently brighter than any of the others, we could conclude the sun is a shade of that color, but that’s not the case. “When we do this, we find quantitatively that all of the visible colors are present in sunlight in approximately equal amounts,” Baird said.

Critically, though, these frequencies aren’t present in precisely the same amount, it’s just that the variances aren’t significant enough to be meaningful. “The color components of sunlight are so close enough to being present in equal amounts that it is much more correct to say that the sun is white than to say it is yellow, orange, or any other single, pure color,” Baird said.

So, white it is then.