What does the fox say to a puma? 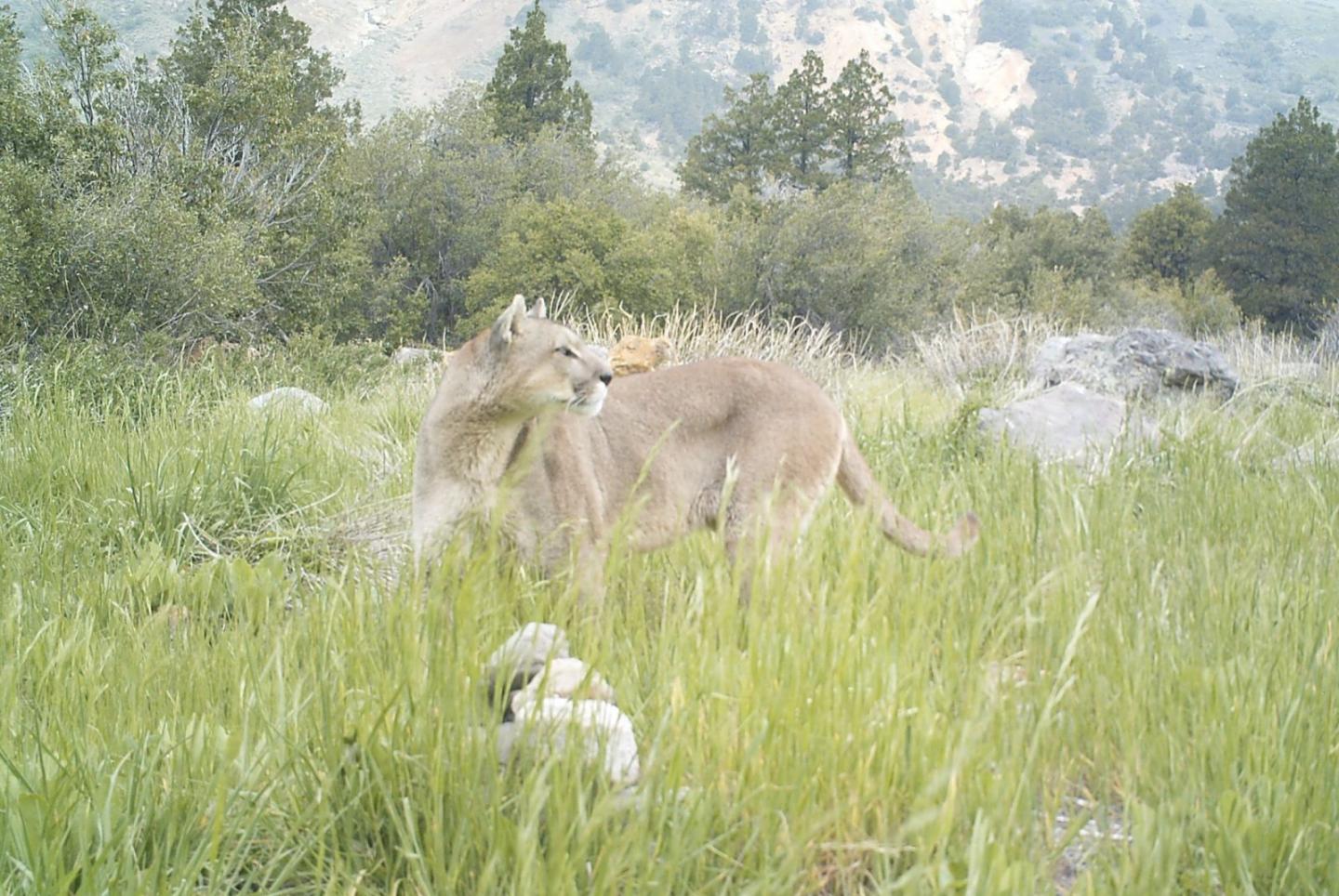 In the high plains of the central Chilean Andes, an ecosystem consisting of only a few animal species is providing researchers with new insights into how predators coexist in the wild.

“The puma and the culpeo fox are the only top predators on the landscape in the Chilean Andes,” said Professor Marcella Kelly, of the College of Natural Resources and Environment. “And there isn’t a wide range of prey species, in part because the guanacos [closely related to llamas] aren’t typically found in these areas anymore due to over-hunting. With such a simplified ecosystem, we thought we could really nail down how two rival predators interact.”

Kelly worked with Christian Osorio, a doctoral student in the Department of Fish and Wildlife Conservation, and researchers from the Pontifical Catholic University of Chile to chart the locations of and potential interactions between pumas and foxes in central Chile. They focused on three axes of interaction: spatial (where the animals are on the landscape), temporal (the timing of specific activities on a given landscape), and dietary (what each species is eating).

To understand the interplay between pumas and foxes, researchers deployed 50 camera stations across two sites in central Chile, one in the Rio Los Cipreses National Reserve and another on private land where cattle and horses are raised. They also collected scat samples at both locations to analyze the diets of pumas and foxes.

The team’s findings, published in the journal Diversity, showed that while pumas and foxes overlapped significantly where they lived and what time they were active, there was little overlap in what they were eating, with the puma diet consisting primarily of a large hare species introduced from Europe, while the culpeo foxes favored smaller rabbits, rodents, and seeds. The two predator species can successfully share a landscape and hunt for food over the same nighttime hours because they are, in essence, ordering from different menus.

“It is likely that foxes have realized that when they try to hunt hares, they might run into trouble with pumas,” Osorio explained. “If they are hunting smaller mammals, the pumas don’t care, but if the foxes start targeting larger prey, the pumas will react.”

How predator species interact is a crucial question for ecologists trying to understand the dynamics that inform ecosystem balances. And while the puma has been designated a species of least concern, the animal’s populations are declining and continue to be monitored by conservationists.

“Least concern does not mean no concern,” Osorio noted. “We have laws in Chile that protect the species, but the data we have to make a conservation designation are very scattered. As we accumulate more consistent and reliable data, the puma may be reclassified as vulnerable or even endangered.”

The hares that comprise approximately 70 percent of the biomass in the puma’s diet are a nonnative species, introduced to the area by European settlers. With guanacos absent from the landscape, the puma has had to adapt its diet to survive.

With some land managers and conservationists campaigning for the removal of the introduced hare species as a way to restore the area’s native ecosystem, Kelly and Osorio note that it is important to understand that pumas would be significantly impacted by a reduction in their primary food source.

A further concern, which the two are currently researching, is the interplay between wildlife and humans. The national reserve increasingly sees visitors eager to witness big cats and foxes in their natural environment, while the sheep and cattle industries are increasingly using remote terrain for livestock cultivation.

“Pumas do occasionally kill livestock, which is a challenge we’re looking into right now,” said Kelly, an affiliate of Virginia Tech’s Fralin Life Sciences Institute. “The government would like to preserve the puma, but there are competing challenges of what kind of threat they pose to livestock and what kind of threat cattle or sheep farming poses to them.”

Understanding how two predatory species can come to coexist has the potential to provide conservationists and ecologists with better ideas for how humans and wild animals can share a landscape.

Pumas have an obsession…for Calvin Klein

Along with the traditional lures of wildcat bait and urine to draw pumas to cameras, researchers utilized an unlikely product: Calvin Klein’s Obsession for Men cologne. “For some reason, pumas are particularly drawn to that scent,” Kelly said. Anyone going for a hike in the high Andes might want to pass on wearing strong fragrances before heading out.