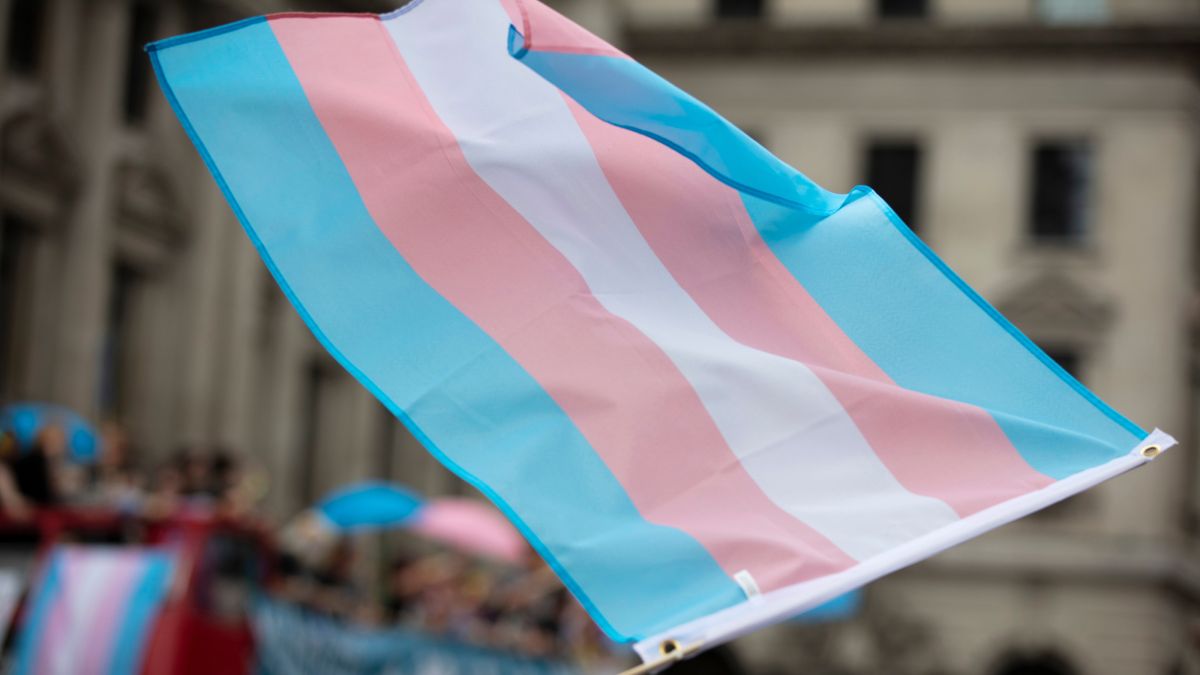 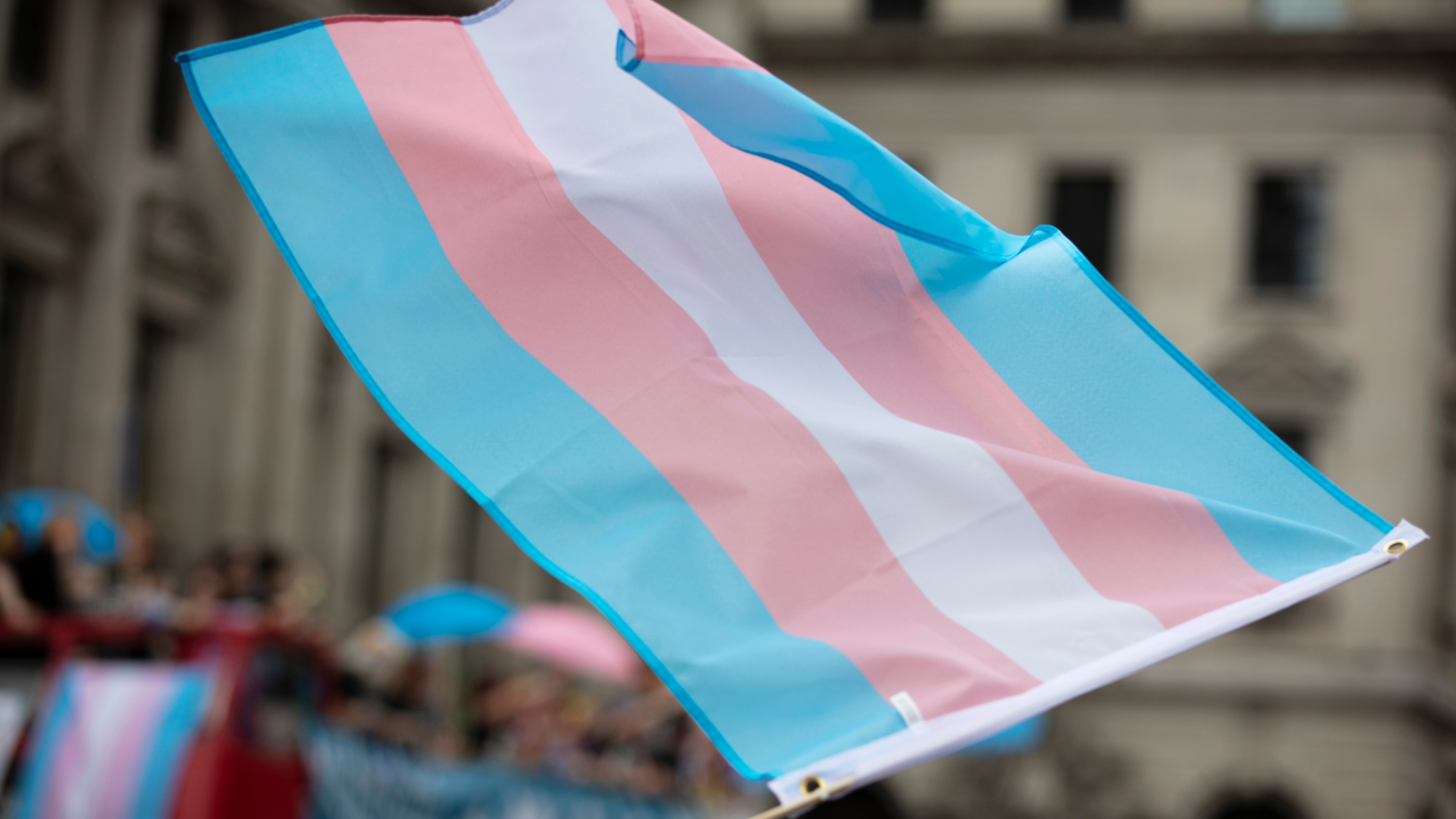 Transgender is an umbrella term that describes people whose gender identity or expression does not match the sex they were assigned at birth. For example, a transgender person may identify as a woman despite having been born with male genitalia.

About 1.4 million adults in the United States identify as transgender, according to 2016 research by the Williams Institute at the University of California, Los Angeles. Broken down on a state level, that research found that 0.8% of adults in California, Georgia, Hawaii and New Mexico identify as transgender, compared with 0.3% of adults in Iowa, Montana, North Dakota South Dakota and Wyoming identify as such. However, being transgender means different things to different people, according to the National Center for Transgender Equality (NCTE).

“There’s no one way to be transgender, and no one way for transgender people to look or feel about themselves,” the organization says on its website.

Sometimes, a person’s gender identity doesn’t fit neatly into two choices. People who see themselves as being both male and female, neither male nor female or as falling completely outside these categories may identify as genderqueer, according to the Human Rights Campaign, an LGBTQ advocacy organization. (LGBTQ refers to the community of lesbian, gay, bisexual, transgender and queer or questioning individuals.)

The public’s understanding of gender identity and expression is evolving as more transgender people share their stories, according to the HRC.

Sex and gender are two different concepts. A person’s sex refers to his or her biological status as either male or female. The determination of a person’s sex depends primarily on various physical characteristics, including chromosomes, reproductive anatomy and sex hormones, according to the American Psychological Association (APA).

Gender, on the other hand, is a societal construct that deals with the expected behaviors, roles and activities typically associated with the different sexes, the APA said. Gender roles, which vary across cultures, influence how people act and feel about themselves.

Sexual orientation is different from gender identity. Sexual orientation is a person’s physical, emotional or romantic attraction to another person, while gender identity is about one’s own sense of self, according to GLAAD, an anti-discrimination organization. Transgender people may be straight, lesbian, gay or bisexual. For example, a person born with male genitalia may transition to being female but may be attracted to females. In this case, the person may identify as lesbian even though she was born with male genitalia.

Trying to change a person’s gender identity is no more successful than trying to change a person’s sexual orientation, GLAAD said. In other words, it can’t be changed. Some people may take steps to better align their sex with their gender using hormones and surgery. HRC points out, however, that many transgender people cannot afford medical treatment or have no desire to pursue surgeries.

Genital surgery is typically reserved for transgender individuals over the age of 18 who have been treated with hormones, if that is what is medically indicated, and who have lived for at least a year in the gender roles that match their gender identities, Safer said. Candidates for surgery are reviewed by a medical team that considers mental health and physical health in determining the best treatment strategy, potentially including surgery, for each person. [Infographic: How Gender Reassignment Surgery Works]

Altering the voice so that it better matches gender identity can also be important to those transitioning. “Here, we envision a world where a transgender person feels no need to change their voice or speech — that is, they would live in a world where people accept and respect them as whatever gender they claim, regardless of how their voice sounds,” said Dr. Leah Helou, a speech pathologist who leads the University of Pittsburgh Voice Center’s transgender voice and communication services.

“However, in the absence of such radical and global acceptance, many trans individuals feel that their communication style is a top priority for making their external self congruent with their inner self,” Helou said. “Our goal is to serve and support those people, while advocating for broader acceptance of the transgender population.”

After transitioning, transgender people often change their names — either to one that matches their gender or to something neutral. A critical step in transitioning is changing legal documents, including driver’s licenses, Social Security cards, passports and credit cards. They often have to go to court to order the changes to be made — an expensive, time-consuming task, according to the NCTE.

It is considered rude to call people who have transitioned by their former name (called “dead-naming”), and it is appropriate to respectfully ask them their name and which pronouns they prefer, according to the HRC.

Most transgender people prefer to be identified with the pronoun that corresponds to the gender with which they identify, according to the HRC. A transgender woman should be called “she” or “her,” if that’s what she prefers. Some transgender people don’t believe in binary gender appellations and prefer “they” or a non-gendered pronoun.

Being transgender is not a mental disorder. It cannot be “cured” with treatment. Transgender people may experience a persistent disconnect between their assigned sex and their internal sense of who they are, according to the HRC. Medical professionals refer to this disconnect as gender dysphoria because it can cause pain and distress in the lives of transgender people.

The American Psychiatric Association in 2012 announced that a new version of the Diagnostic and Statistical Manual of Mental Disorders (DSM-5) would replace the term “gender identity disorder” with the more neutral term “gender dysphoria.”

Research has shown that transgender people are at high risk of experiencing prejudice and mental-health problems. The 2014 National Transgender Discrimination Survey found that 60% of health care providers refuse treatment to transgender people. Additionally, the research found that 64% to 65% of the transgender people surveyed suffered physical or sexual violence at work, and 63% to 78% suffered physical or sexual violence at school. In the most recent iteration of this survey, taken in 2015, results revealed that even children are at risk: Those in grades K through 12 who had come out as transgender reported being verbally harassed (54%), physically attacked (24%) and sexually assaulted (13%) because of their sexual identity.

Transgender people often face discrimination even when using the bathroom. In a 2016 poll of Americans by CBS and The New York Times, 46% of respondents said those who are transgender should use the bathrooms assigned to their birth genders, while 41% said such individuals should be able use the bathroom that matches their identities. In May 2016, the U.S. Education and Justice departments stepped in to advise school districts to permit transgender students to use bathrooms and locker rooms that matched the students’ gender identities. In response, several states joined in a lawsuit, stating that the federal government had overreached its authority.

Parents who think their children may be transgender should seek the assistance of experts. “Determining if children are transgender can be a challenge and should be done with careful evaluation from a knowledgeable multidisciplinary team,” Safer said.

It is important to note that many children question their gender identities without being transgender. Safer advised parents to be respectful of the child’s feelings and recognize that there will be no actual medical intervention until the child begins puberty. Even then, initial medical treatments are reversible, he said.

Read our related report on How Parents and Doctors Can Support Transgender Children.