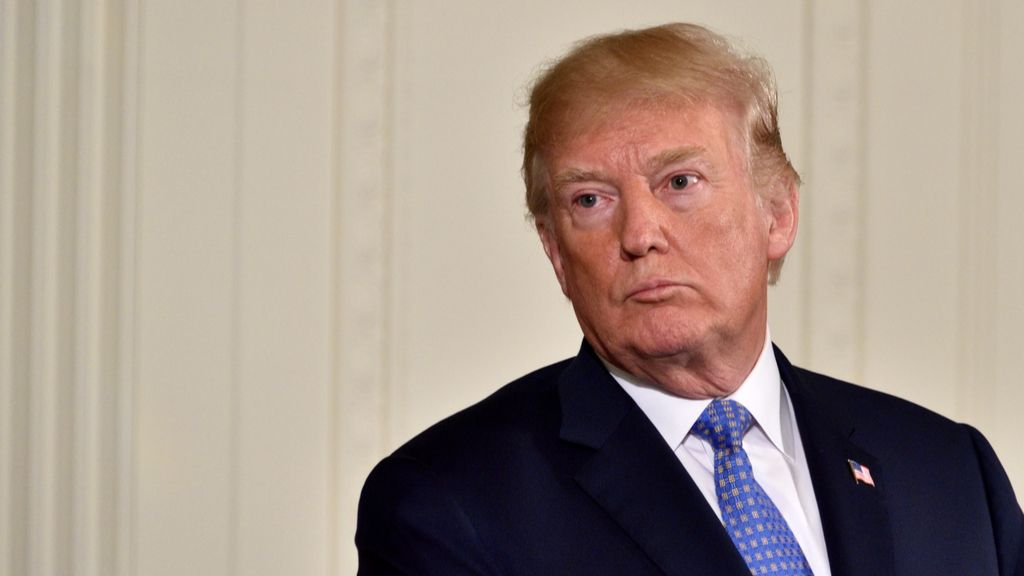 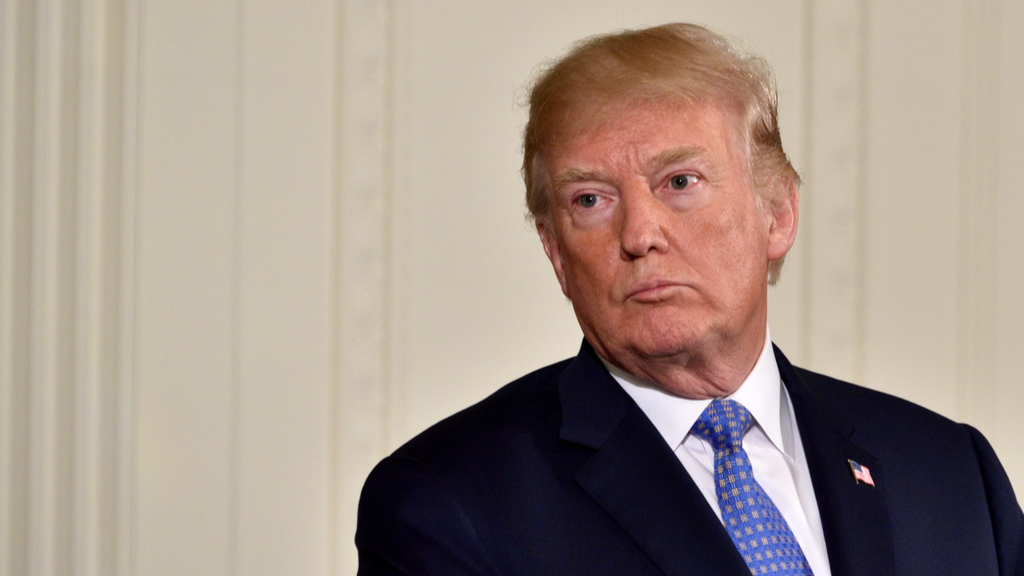 President Donald Trump has suggested he would not accept the results of the 2020 presidential election if he were to lose. Let’s say he does lose and he refuses to leave the White House. What then? Nothing like this has ever happened in American history, so it’s difficult to know for certain. However, political scientists and historians told Live Science they’re reasonably confident it wouldn’t work.

In one scenario, assume that challenger Joe Biden wins by a wide enough margin in enough swing states to put the actual election results beyond doubt. It’s reasonable to wonder whether Trump, who has said that he could only lose if the election were “rigged” against him, would ever accept the results of an election he lost.

According to the 20th Amendment, if Trump loses the election, his term would end at noon on Jan. 20, 2021, at which time he would officially pass his commander-in-chief authority to Biden.

Related: We Fact-Checked the Science Behind the Republican Party 2016 Platform

Even if he disagrees with the results, if Trump loses, he’d almost certainly be removed from the White House, according to Robert Shapiro, a professor and the former acting director of Columbia University’s Institute for Social and Economic Research and Policy.

There’s no reason today to assume things will ever get to that point. Trump might simply win the election, confounding polls for a second time after 2016. He might win the election, then agree to leave office. And he might be able to hang on to his office by putting his thumb on the scales in the courts, as he has said.

Trump has repeatedly said in public that he expects to win the election through court battles (as opposed to victory at the polls).

This, on its own, wouldn’t be entirely new. In the 2000 presidential election, Texas Gov. George W. Bush defeated Vice President Al Gore, not by clearly having the most votes cast in his favor, but by more effectively fighting court battles following a Florida result so hazy that — as Leon Nayfakh reported in the podcast series Fiasco — the true winner may have been unknowable.

That doesn’t mean a court fight for the presidency is the new normal. Bush v. Gore, the 5-4 Supreme Court decision that ended the 2000 election, was supposed to be an aberration. The conservative majority that handed the election to Bush wrote that the doctrine they used should never be used as precedent. One of them, former Supreme Court Justice Sandra Day O’Connor, later wondered publicly whether it was a mistake.

And there are important differences between 2000 and 2020.

First, Trump has undertaken a tremendous (though not entirely successful) effort before election day to prevent people from voting in key swing states, according to The Center for Public Integrity and the former Republican speaker of the Texas House. GOP lawyers have fanned out across the country to make absentee voting more difficult and tried (thus far unsuccessfully) to toss out votes already cast.

Second, though Gore was vice president to President Bill Clinton, who supported him, and Bush was brother to Florida Gov. Jeb Bush, neither man was president at the time they were fighting to overturn election results. If Trump uses a Supreme Court challenge to win the election as he has suggested, he’ll be doing it as the sitting president. And he will have personally installed three of the nine justices who could decide the case.

And of course, neither Bush nor Gore threatened legal challenges before the election had actually happened. Only when a huge, decisive swing state came down to a few hundred uncertain votes did Gore fight for recounts and Bush fight to stop recounts.

Stealing an election is hard

Trump has struck out into uncharted territory with his threats of a legal battle for the presidency, Shapiro said. But despite all the noise, Shapiro expects that the actual winner of the election will become president.

“In the 2000 election, Florida was caught off-guard. Nobody knew that was coming,” he said. “Everything that’s going on right now, everyone knows is coming.”

Ultimately, the bureaucracy of elections is beyond Trump’s reach.

“Each of the state election bureaucracies are feverishly trying to complete the running of their elections and the counting of the votes. They know what’s coming and they know what they have to do,” he said. “These are election professionals who do vary in quality across states. … They take pride in making elections work. There’s no shenanigans among the actual civil service vote counters.”

And whatever shenanigans are attempted, at some point they have to end.

Federal law says that the states have to finalize their choices of electors on Dec. 8 of the year of elections. And on Dec. 14, the electoral college casts their votes — typically with each group of electors meeting separately in their own state. At that point, Shapiro said, the matter is settled. If more electors vote for Trump, he will get a second inauguration. If more vote for Biden, he will be the legal president-elect, beyond the reach of a court challenge.

Still, what if Trump still refuses to leave?

It’s worth saying again that while Trump has refused to commit to a peaceful transfer of power, he hasn’t explicitly said he would reject results even at this point. And it would be a true first in American history.

Asked if any president had ever hinted at refusing to accept election results, Bruce Schulman, a historian at Boston University, said no.

“There is no such precedent or anything really like it,” Schulman told Live Science.

Twice, in 1824 and 1876, presidential elections have ended in the House of Representatives after no candidate managed to secure a majority of the electoral college, he pointed out.

In 1824, Andrew Jackson, John Quincy Adams, Henry Clay and William Crawford all ran for the presidency, none won an electoral college majority, and the House selected Adams as as president.

The 1876 congressional contest ended when Republican Rutherford B. Hayes promised congressional Democrats that he would end Reconstruction in return for their votes. That remains one of the most significant events in American history, as The Atlantic reported. But in each case, the loser accepted the final result.

(The 1860 election, though it led to a civil war, did not spark any disputes about who had been legitimately elected President, Schulman noted.)

Related: Why did the Democratic and Republican parties switch platforms?

A more relevant precedent, said Noah Rosenblum, a legal historian at Columbia University in New York City, may be the election of 1800, between President John Adams (a Federalist) and Vice President Thomas Jefferson (a Democratic-Republican).

In other words, democracy was on the ballot.

So a scenario where Trump refuses to accept a decided election result would be outlandish, even by the rough and tumble standards of the 19th century.

But still, what if?

“You’re talking about the situation where the vote has been counted, all legal challenges to the vote have been taken care of, the electors meet on the 14th and cast their votes,” Shapiro said.

The procedure then is clear.

“At that point it gets passed on to Congress [usually by Dec. 23] and certified in Congress on Jan. 6 by the [outgoing] vice president,” Shapiro said. “Now, on the 6th, let’s say that the House and the Senate accept that the new president of the United States is Joe Biden. At that juncture, if Trump doesn’t want to vacate the White House, this is very easy.”

In legal terms, there’s little Trump could do to hold on to power.

“Somebody swears [Biden] in as president. It could be the chief justice of the Supreme Court. It could be his grandmother. As of Noon on the 20th [of January], he’s the president of the United States. The entire Secret Service reports to him,” Shapiro said. “Donald Trump as the outgoing president has a contingent of Secret Service. Biden goes to the White House and the Secret Service escorts Trump out. That’s what happens. All the civil service of the government, every employee of the United States reports to Joe Biden at that juncture.”

This story of a straightforward resolution comes with its own assumptions: That the electors are able to vote and have their votes certified; that institutions of the federal government — including Congress, with its roll in certifying results — function as expected; and that the Secret Service (as well as other armed federal agents) follow the law. There are places in the world and moments in history where transfers of power have broken down along similar lines. But never before in the United States.

As Jonathan Gienapp, a Stanford University historian, noted in October, Trump’s refusal to commit to a peaceful transfer of power calls the strength of American institutions into question. The constitution itself has no direct safeguards to ensure peace, and instead assumes that everyone involved in an election shares a commitment to abiding by the outcome.

“We have institutions that can be called upon to arbitrate disputes or deny unlawful usurpations of power, but the safeguards that will decide matters are more political than constitutional,” he wrote. “It may fall to elected political leaders, as it did in 1876-77, to work out some sort of compromise. Or, if necessary, the people will need to exercise their fundamental right to assemble and protest in an attempt to bring about resolution.”

Still, Shapiro said he expects America’s multi-century streak of turning over the presidency according to the rules to continue, if everything goes right up until that point.

“That’s the easiest scenario,” he said. “I think the Secret Service is going to report to the new president of the United States. The harder scenario is getting the agreed-upon vote count and the agreed-upon electors.”

All that said, a recalcitrant Trump could do plenty in the months between today and inauguration to make trouble for Biden, if Biden wins. Presidential transitions are tricky processes, Shapiro said. Thousands of political appointees across the federal government, from the NASA administrator to middle managers at important federal agencies to cabinet officials, would have to be replaced as the Trump administration turned over to a Biden administration. Typically, outgoing and incoming teams work closely on this. But Trump could simply refuse to let Biden staff through the doors before inauguration, making the handover unusually difficult.

In the end though, Shapiro said, it would happen — an entire transition conducted from a distance, unfinished until after inauguration would still be a transition. There would be a new administration, and the old administration would have to go away.

That is, assuming the institutions hold together.