What was the largest empire in the world? 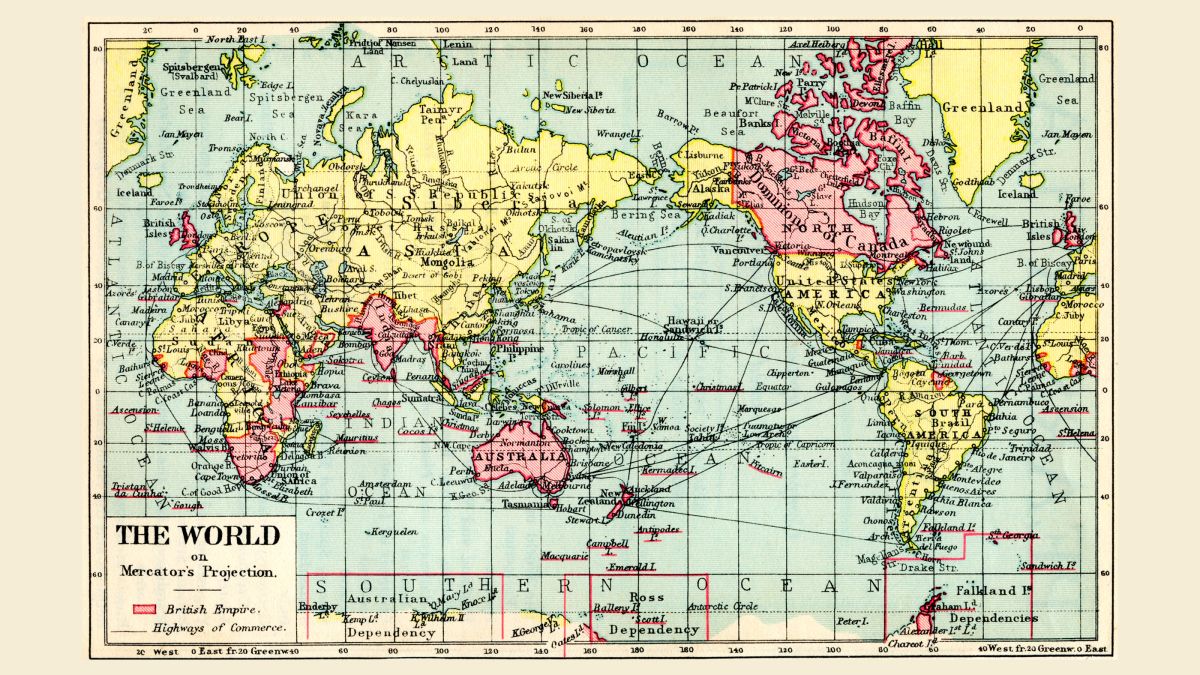 According to Guinness World Records, which seems as good an authority as any, the answer is the Achaemenid Empire in 480 B.C. Also known as the Persian Empire, it’s estimated that 44% of the world’s population was ruled from the Achaemenid throne in what is now modern-day Iran, making it history’s largest empire by this measure.

However, perhaps unsurprisingly, not everyone agrees. That’s because the share of the global population is only one way to measure the expanse of an empire, and some question whether it’s really fair to use that metric when comparing empires from different time periods. For example, when the Achaemenid Empire was at its height, there were only 112.4 million people alive. The British ruled over a comparatively meager quarter of the world’s population in 1901, but by then the global population had swelled to 1.6 billion people. Is it reasonable to compare the British and Achaemenid empires with this metric? Or are we comparing apples to oranges?

Related: Why did Rome fall?

Instead, we should use a metric to measure long-term influence and stability, said Martin Bommas, an Egyptologist and director of the Macquarie University History Museum in Sydney, Australia, because it’s one thing to embark on warring campaigns to amass land, but it takes a different set of logistical skills and infrastructure to keep and administer those territories.

“For me, the metric would be counted in years,” Bommas told Live Science. “Look at Hitler’s Third Reich; it took a lot of territory to rival the Romans, but no one would call it an empire because it only lasted six years and in a period of total war.”

“I think that to be classed as an empire, you need to have a period of peace to bring prosperity,” Bommas added. That prosperity can then be exploited so that resources and wealth can be sent back to the motherland, Bommas said.

That’s where Genghis Khan’s Mongol Empire fails as a contender for the world’s largest empire. While it can legitimately claim to be the largest contiguous land empire, it didn’t last that long. Just 88 years after its founding, the empire was cut into four separate khanates because Genghis Khan’s descendants squabbled over the line of succession, and most of the Mongol Empire’s relatively brief unity was spent engaged in battle with outsiders, aggressively expanding its borders at what proved to be an unsustainable rate.

The British Empire may not have been contiguous, but it beats the Mongols in terms of land mass under its control. “It was so massive that we almost struggle to comprehend it today,” said Bommas. “The sun literally didn’t set on the British Empire and it wasn’t just land that it controlled; the seas were dominated by the British.”

The British Empire emerged in the late 1500s when the then-separate kingdoms of England and Scotland established their first overseas colonies in the Americas and the Caribbean. On a technical level, you could make an argument that the British Empire still exists — albeit in a dramatically diminished sense — through its continued possession of 14 relatively minor overseas territories including Gibraltar and the Falkland Islands. There are also 16 independent countries, also known as Commonwealth Realms, where Queen Elizabeth II is still the head of state, including Australia, Belize, Canada, New Zealand, Papua New Guinea and several Caribbean countries. But most agree it ended in 1997, when the United Kingdom handed Hong Kong back to China, Bommas said.

“Prince Charles said that Hong Kong marked the end,” Bommas said. “It was the last major colony in the empire, so I’m happy to go along with him on that one.”

If we also agree with Prince Charles, then the British Empire lasted roughly 400 years, which means that though the British conquered more parts of the globe than anyone else, they still can’t be called the largest empire when measured by longevity. The Ottoman Empire, governed from modern-day Turkey, outlasted the British Empire because it ruled for at least 600 years. But it was the Romans — assuming you agree that the Roman Empire persisted when it split in two to create the Western Roman Empire and the Eastern Roman Empire — the latter of which lasted the longest at close to 1,500 years.

“If you look at it through years lasted, the Romans won this competition hands down,” Bommas said.