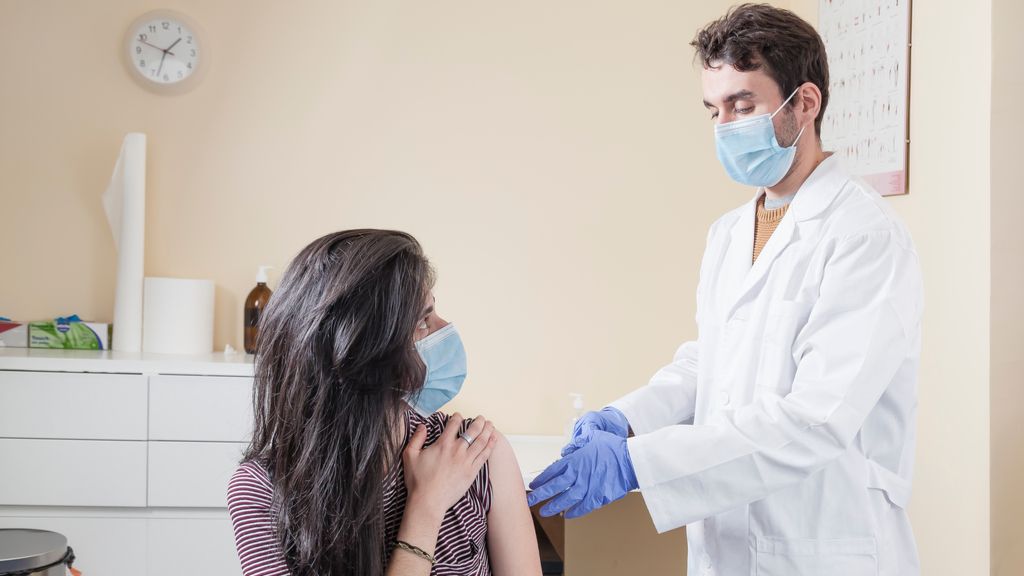 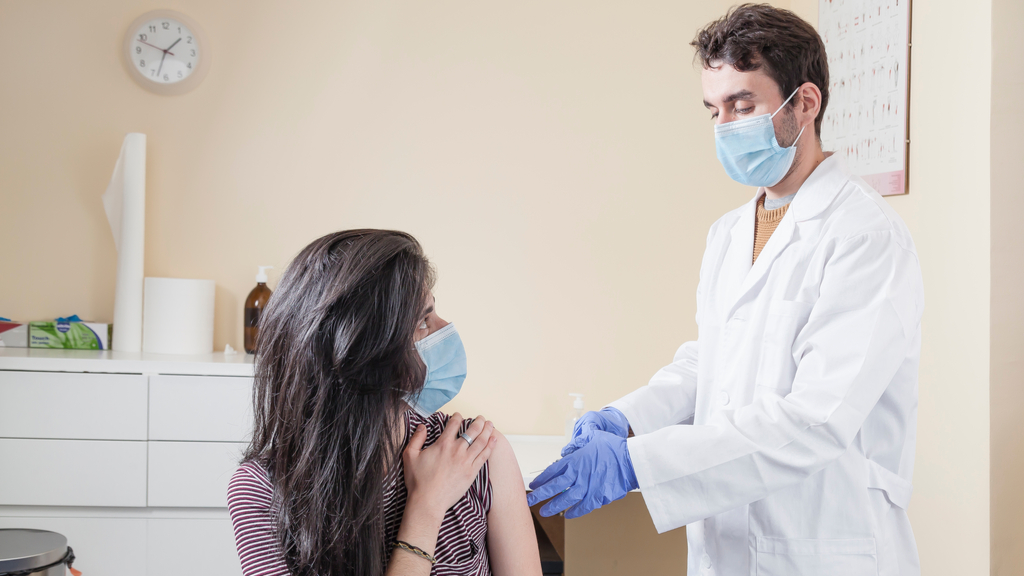 COVID-19 vaccines should dramatically drive down the rate of new cases, hospitalizations and deaths in the U.S. — provided that enough people get the shots.

According to a new model, posted Nov. 30 to the preprint database medRxiv, vaccinating just 40% of the U.S. population would cut the attack rate, or new infections from the virus, more than four-fold over the course of one year. That reduction would occur both by directly protecting those who get the shots and indirectly protecting others in the wider community.

Without any vaccines, about 7% of susceptible people would get infected over the next year, the authors estimated. That’s assuming people comply with measures like social distancing and mask-wearing; the attack rate would likely be higher without such precautions in place.

Does that mean we can throw caution to the wind and stop social distancing if 41% of the population gets vaccinated? No, not exactly.

About three-quarters of the population will likely need to be vaccinated before we can safely begin easing restrictions, given how easily COVID-19 spreads between people, said study author Meagan Fitzpatrick, an assistant professor and infectious disease transmission modeler at the University of Maryland School of Medicine. In addition, the new model has not yet been peer-reviewed, and in any case, it cannot perfectly predict what will happen once Americans are vaccinated.

But the study does give us reason for hope, Fitzpatrick said. With such highly effective vaccines under review, “the strategy now is to try to get these vaccines into as many people as possible,” she said.

The two leading vaccine candidates — one designed by Moderna and the other by Pfizer and BioNTech — are both more than 94% effective at preventing COVID-19, according to early analyses. That level of efficacy is “so much higher than any of us had a right to expect one year into the pandemic,” Fitzpatrick said. “What our research confirms is that these vaccines with extraordinarily high efficacy really do have the potential to make a huge impact,” she said.

In their model, the study authors assumed that people with the highest risk of COVID-19 exposure and death would receive the vaccine first. These included a large proportion of all health care workers, people with existing medical conditions and individuals ages 65 and older. Individuals younger than age 65 received the vaccine next, and no individuals under 18 got the shots, since none of the leading vaccines have been tested thoroughly in children yet.

In addition, the authors assumed that 10% of the population had already caught COVID-19 and developed natural immunity to the virus. “Ten percent is fair, but may be an underestimate in some places” where case counts have been particularly high, Stanley Perlman, a professor of microbiology and immunology at the University of Iowa, who was not involved in the study, said in an email.

Related: Here are the most promising coronavirus vaccine candidates out there

Given these parameters, the model showed that vaccinating 40% of the population substantially reduced case counts, hospitalizations and deaths from COVID-19.

The most dramatic drop occurred in people ages 65 and older, who experienced an 83% to 90% reduction in potential cases. People ages 20 and younger had half as many new infections, even though no one under 18 was vaccinated. In other words, while older adults got direct protection from the vaccine, young adults and children were indirectly protected as immunity increased in the community at large, Fitzpatrick said.

After seeing the impact of 40% vaccination rates, the authors tested what would happen with only 20% of the population vaccinated. Again, the model prioritized vaccinating those at high risk of exposure and severe illness. Even with such low vaccine coverage, non-ICU hospitalizations fell by 60%, ICU hospitalizations by 62% and deaths by more than 64%. This suggests that, as vaccines begin to roll out, we may begin to see their positive impacts even before many people get the shots, Fitzpatrick said.

While the study highlights the power and promise of COVID-19 vaccines, the study authors cautioned that vaccines must be paired with other safeguards against the virus, such as masking, testing and contact tracing. If we drop those safeguards too soon, more people would need to be vaccinated to prevent a spike in new cases, they wrote.

“I think that we [will] need social distancing and masks for many months still,” Perlman said. “Opening up restaurants and allowing mass gatherings will need to be done very cautiously until vaccination rates are high,” he noted.

If anything, contact-tracing efforts should ramp up as vaccines roll out, so health officials can quickly spot new outbreaks and identify communities that should be prioritized for vaccination, Fitzpatrick said.

Reaching high-risk groups will be critical to stopping the pandemic, and this is one way in which the model might differ from reality. In the model, vaccination rates were assumed to be similar across the whole country, and those in high-risk groups always got their shots first. What’s more, both of the leading vaccines require two shots given several weeks apart, and in the model, everyone in the model got both doses of the vaccine.

In reality, “vaccination programs often miss their targets,” said Dr. Eric Schneider, senior vice president for policy and research at The Commonwealth Fund, a national organization that researches health and social policy issues, who was not involved in the study. “If, in reality, lower-risk individuals … are more likely than higher-risk individuals to receive [a] vaccine, then the model overstates the effect of the vaccination program,” Schneider said in an email.

In other words, the model will reflect reality only if the U.S. follows through with its plan to give high-risk groups the vaccine first. To work, this plan must be well-coordinated at all levels of the government and health care system, and paired with clear communication about the vaccine’s risks and benefits, according to a recent report by The Commonwealth Fund.

And of course, once a vaccine becomes available, those offered access must agree to take it, Fitzpatrick said. “A vaccine only works if people take it.”

Recent surveys hint that many U.S. residents would probably or definitely get a COVID-19 vaccine if offered one today, but a smaller proportion say that they probably or definitely would not. These reports should be taken with a huge grain of salt, though, because “what someone says they’re going to do in a survey doesn’t always represent what they’re actually going to do,” Fitzpatrick said.

Thankfully, while we wait to see what happens, “I think there’s a lot of reason to be hopeful,” she added.