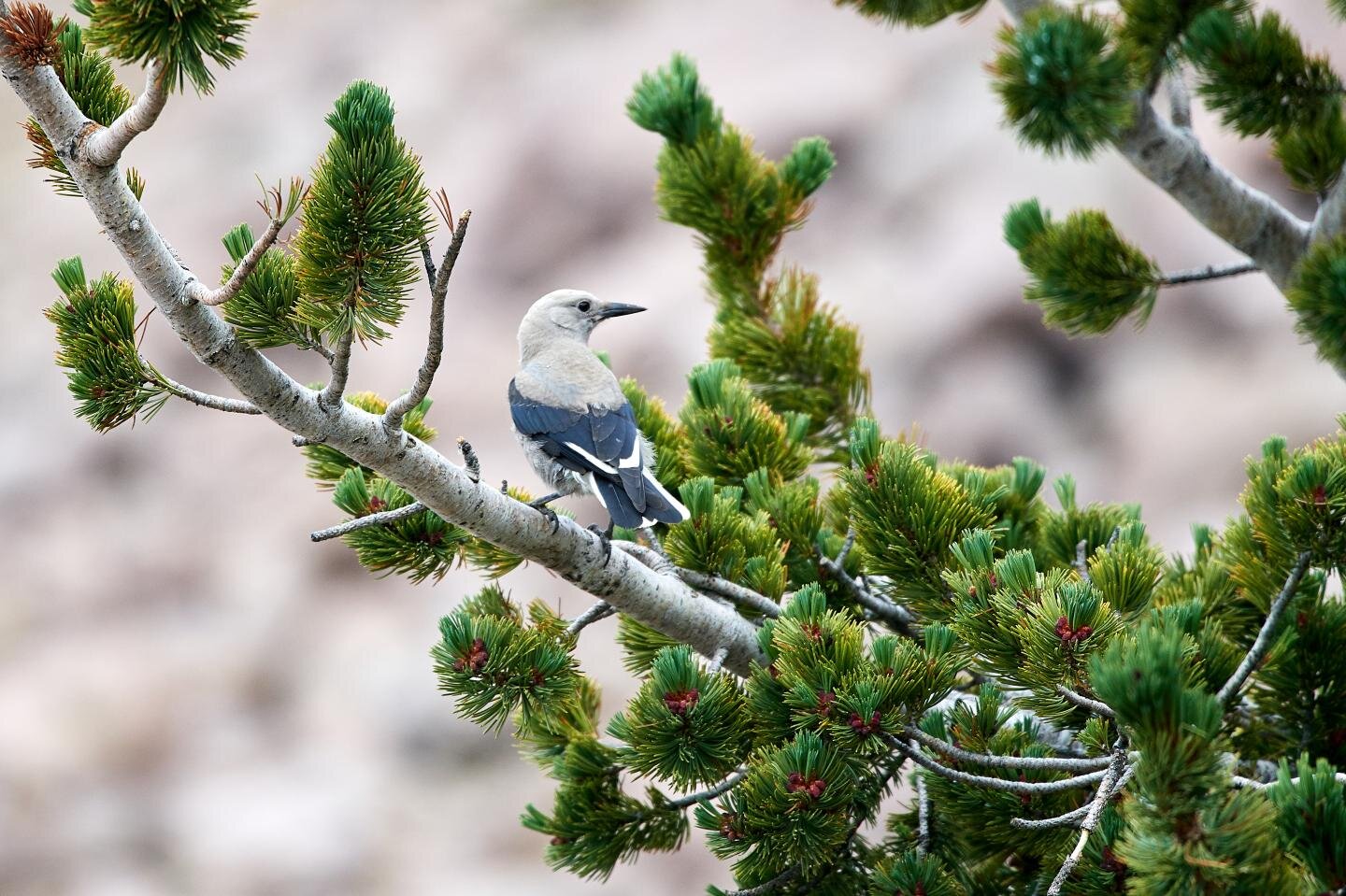 The relationship between the whitebark pine (Pinus albicaulis), an iconic tree of western mountaintops, and the Clark’s Nutcracker (Nucifraga columbiana), a brash bird in the crow family, is often used as an example of the biological concept of mutualism: a relationship between species where both benefit. The pine provides large, nutritious seeds to the nutcracker. The nutcracker buries these seeds for later use in scattered hiding spots, inevitably failing to retrieve some and effectively planting the next generation of whitebark pine. But the mutualism between the pine and the nutcracker is not equal. While the pine depends heavily on nutcrackers for seed dispersal and germination, the nutcracker merely prefers the whitebark pine’s seeds. If whitebark pine seeds aren’t available or abundant, the highly mobile nutcracker will fly off and find another food source.

A study published today in the journal PLOS ONE suggests that the inequality in the pine-nutcracker mutualism may make this partnership vulnerable when the populations of one of the partners declines. Scientists from The Institute for Bird Populations, the National Park Service, and the Northern Rockies Conservation Cooperative found that the mutualistic relationship between whitebark pine and Clark’s Nutcrackers may be threatened by local declines in the tree’s population.

The researchers used data from separate tree and bird monitoring programs in five national parks to examine the relationship between Clark’s Nutcracker and whitebark pine in each park. The parks included two in the Pacific Northwest: Mount Rainier and North Cascades, and three in central California: Yosemite, Kings Canyon and Sequoia. In the Pacific Northwest, whitebark pine populations have been decimated by a fungal disease called blister rust. But the disease is not yet widespread in the central California region.

“We observed a dramatic decline in Clark’s Nutcracker within Mount Rainier National Park, where the number of birds counted in the park fell steadily to zero over a decade, and those losses appeared to track an observed decline in healthy whitebark pine,” says the lead author of the paper Dr. Chris Ray, a research ecologist with The Institute for Bird Populations. An observational study like this one cannot determine whether the decline in whitebark pine caused the nutcrackers to leave, but the lack of nutcrackers, regardless of the cause, has important consequences for the remaining whitebark pine. “There might be other reasons why we no longer detect many nutcrackers at Mount Rainier during the summer,” explains Ray, “but a total loss of nutcrackers would clearly disrupt the mutualism there, curtailing local seed dispersal and germination of whitebark.”

Whitebark pine health is designated by the National Park Service as a “vital sign” of the subalpine ecosystems where it grows because it is a keystone species. This means that it is critical to their ecological function, supporting many other plants and animals that live there and influencing processes like snow retention and spring run-off. Declines in whitebark pine populations have been attributed to an interacting set of factors including blister rust disease, mountain pine beetle infestations and climate change.

Park managers are very concerned about the dramatic declines in whitebark pine in recent decades and what they mean for the ecosystems the pine calls home, says National Park Service ecologist and co-author of the study Dr. Jonathan Nesmith. “These declines have been so severe that whitebark pine is a candidate species for listing under the Endangered Species Act. By understanding what is going on with whitebark pine we can better understand what is happening more broadly in the high elevation systems where they grow and how they might be changing due to climate change and other stressors.”

The researchers note that in North Cascades National Park, where whitebark pine populations have also declined, Clark’s Nutcracker populations “fluctuated wildly” rather than declining to zero as in Mount Rainier National Park. It is possible that nutcrackers, who routinely fly up to 30 kilometers in a day, may be taking advantage of whitebark pines outside the park boundaries.

The mathematical model developed by the researchers to examine the association between Clark’s Nutcrackers and whitebark pine integrates data from two completely separate monitoring programs in these 5 national parks, one focused on birds and another focused on subalpine trees. This largescale approach yielded findings that would not have been obtainable from either program alone, or from monitoring in just a single park. The model can now be used to study the nutcracker-whitebark mutualism further, as more data become available, and perhaps improve monitoring of the bird and the pine. From Ray’s perspective, this may be the most important implication of the study: “During the process of developing this model we identified ways that these monitoring programs might expand to help answer questions relevant to the management of these species.”

Provided by
The Institute for Bird Populations