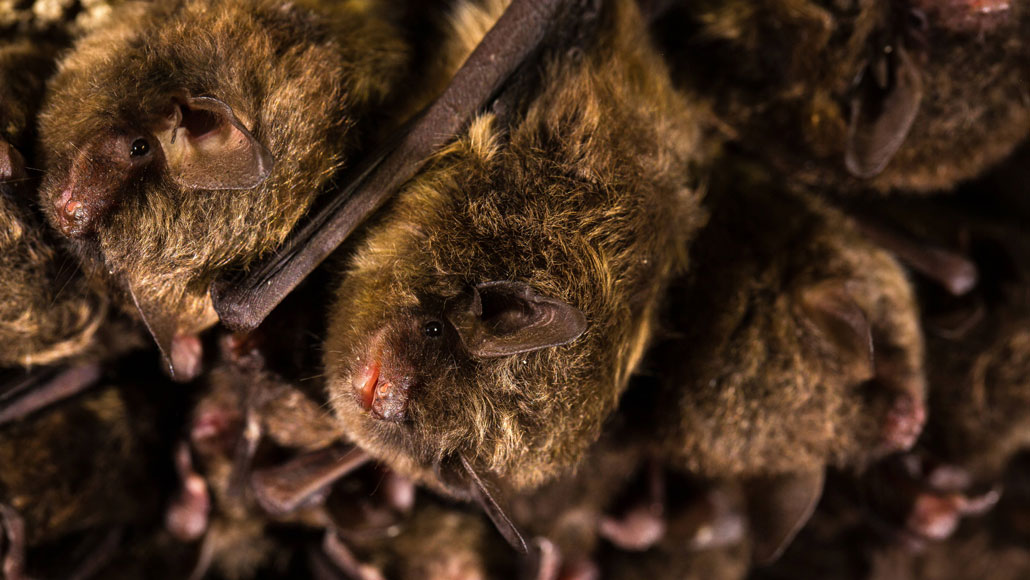 There’s nothing Winifred Frick likes better than crawling through guano-filled caves and coming face-to-face with bats. As chief scientist of Bat Conservation International, she is on a mission to promote understanding of bats and protect imperiled species from extinction.

For months, though, Frick has avoided research that would put her within spitting distance of bats. Her only projects to persist through the pandemic have been conducted from afar, like using acoustic monitors to eavesdrop on the animals’ squeaks and swooshes. In an era of COVID-19, that “hands-off” approach and other precautions are crucial to protect both bats and people, Frick, a biologist at the University of California, Santa Cruz, and over two dozen other scientists argue online September 3 in PLOS Pathogens.

Why the call to action? SARS-CoV-2, the virus that causes COVID-19, likely originated in bats in China (SN: 3/26/20). But neither it nor other coronaviruses belonging to the same genus — Betacoronavirus — have been detected in the more than 40 bat species in North America, although the animals do harbor other types of coronaviruses. Scientists are not worried about catching SARS-CoV-2 from these bats. They’re afraid of giving it to the bats — not an impossibility, the authors argue, given that the United States leads the world in infections, with nearly 8 million as of October 16.

“We can’t tell bats to socially distance,” Frick says. “We want to reduce the chance that there’s any pathogen transfer across animals, full stop.” The goal is to prevent viral “spillover.”

Human-to-bat transmission isn’t an unheard-of scenario. People are likely to blame for introducing Pseudogymnoascus destructans, the fungus that causes white nose syndrome, to North American bats. The disease has killed millions of bats throughout the United States and Canada since it was first detected in 2006 (SN: 3/31/16).

It’s unknown if bats are susceptible to SARS-CoV-2 infection, or if the virus would make them sick — bats rarely become ill from the viruses they carry (SN: 2/12/20). But infected bats might spread the virus back to humans, the authors say.

Worse, introducing SARS-CoV-2 to other coronaviruses carried by North American bats could provide the ingredients for creating a new virus (SN: 11/30/17). Either scenario could stoke pre-existing fears about bats spreading disease, presenting a major hurdle for bat conservationists trying to bolster support for the animals.

The International Union for the Conservation of Nature’s bat specialist group, which includes Frick, initially advocated for the hands-off approach in April. Because so little was known in the early days of the pandemic about how SARS-CoV-2 spreads, that group recommended that researchers shut down any projects that involved interacting with bats. In August, the group updated its guidelines to also address spelunking and other activities that might bring humans into bat habitat.

The guidelines still recommend replacing fieldwork with distanced alternatives whenever possible. Picking through guano can identify bat species and reveal the viruses they carry, and cameras positioned outside bat caves and roosts can give a sense of abundance. Scientists can even resurrect evidence of pathogens held in the preserved tissues of bat specimens in museums.

But not all bat research can be socially distanced, and that means taking pandemic precautions, like ensuring field crews aren’t sick with COVID-19 and are wearing personal protective gear. White nose syndrome research already requires disposable Tyvek suits and gloves to reduce spreading the fungus. Now, masks will be a regular part of the ensemble.

For Frick, speaking up for bats has always been a part of being a bat biologist. Besides having a passion for the animals, conservation and human health are inseparable, she says. And bats provide ecosystem services that benefit humans, like pest control that saves North American farmers more than an estimated $3.7 billion per year, according to a study published in 2011 in Science. As human populations expand into shrinking bat habitat, bats and humans increasingly cross paths, making viral spillover events and other harmful interactions more likely. The pandemic has intensified those risks, and for Frick, put the need to speak up “on steroids now.”