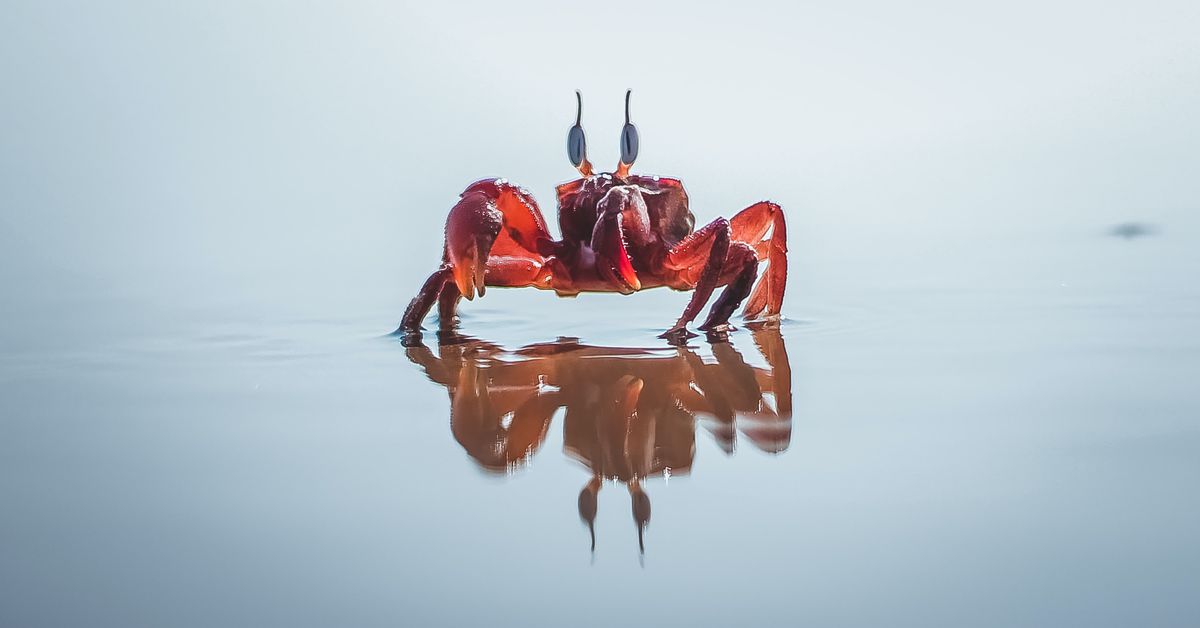 To crab or not to crab. (Photo by rompalli harish from Pexels/)

Evolution is a pretty weird concept. Our family members that existed on Earth millions of years ago probably didn’t look much like today’s humans, and who knows what human relatives will look like millions of years from now. If you’re to believe some recent memes, though, our descents might look a little crabby.

The joke—that everything will eventually look like a crab—comes from an actual truth. The crab shape has evolved so many times that scientists had to come up with a special term for it: carcinization.

While it’s probably not in the stars for humans to evolve into crabs, it is something that has happened multiple times in the crustacean family, where a creature may have started out looking like a lobster or a hermit crab and then eventually turning into the low, round, pinchy critters we all know and love. But before we dive into why this is, let’s first define the term “crab.”

When you think of the word crab, the first thing that pops into your head is probably something that looks like a blue, king, or Dungeness crab. Their look is unique and therefore memorable—a short, flat, roundish or square body shape, an abdomen hidden on the underside of the crab, and a hidden tail replacing a muscley exposed one that is common with lobsters.

“Your eye is perceiving a crab when you see this round, kind of oval shape,” says Jo Wolfe, a research associate at Harvard’s department of organismic and evolutionary biology.

But, out of the blue crab, king crab, and Dungeness crab, only two are “true crabs” or brachyurans, a division of the decapod order that also contains shrimp, lobsters, and crayfish. The king crab, which is basically the classic version, actually isn’t a part of this unique family—it’s part of the closely related Anomura or “false crab” group.

“These two meanings of the word get mixed up,” says Gerhard Sholtz, a recently retired crustacean zoologist at the Humboldt-Universität in Berlin. “I would say not every crab is a crab.”

Brachyurans, unlike anomura, are thought to have been ancestrally crab-shaped, or carcinized, says Wolfe. But anomura haven’t always been that way. Take the king crab’s ancestor, for instance—the hermit crab. Even though it’s got crab in the name, its spiraling abdomen and fragile exoskeleton isn’t very crab-like at all.

But this isn’t the only instance of carcinization. Porcelain crabs and hairy stone crabs also look pretty much indistinguishable from a “true crab,” even if their lineage is hardly that. And since carcinization is still a pretty unknown process involving an animal evolving towards a set of crab-like characteristics, and there’s not a hard yes or no definition of crab-look-alikes, we really don’t know how many times it’s happened, says Heather Bracken-Grissom, a marine invertebrates expert and associate professor at Florida International University. Some species may be only partially carcinized, looking like a half-breed between a lobster and a crab, like with the squat lobster.

Not only is there a question of how many times a creature has gone to the crabby side, but also why they would do so in the first place. Wolfe and Bracken-Grissom are trying to figure that out now with the help of an NSF grant.

“There has to be some kind of evolutionary advantage to be this crablike shape,” Bracken-Grissom says. And while right now the gains from a crab shape are a mystery, biologists think it could have something to do with the ability to colonize new habitats or diversify into new species. After all, there are over six thousand unique species of Brachyurans scampering around the world, compared to only a handful of lobster species.

While there’s definitely something happening in the world that is pushing crustaceans towards crabbiness, it’s important to remember that being a crab shape is not really a “final form,” even though the internet may want it to be that way, says Wolfe. Evolution is hardly straightforward, and it’s still happening and will keep happening forever. In the next million years the crab shape may no longer be in evolutionary vogue, and crustaceans may ‘decarcinize’ and move away from that shape.

So while the ultimate evolutionary body shape might still be a mystery, the reason decopods keep ending up as crabs hopefully won’t be in the near future.