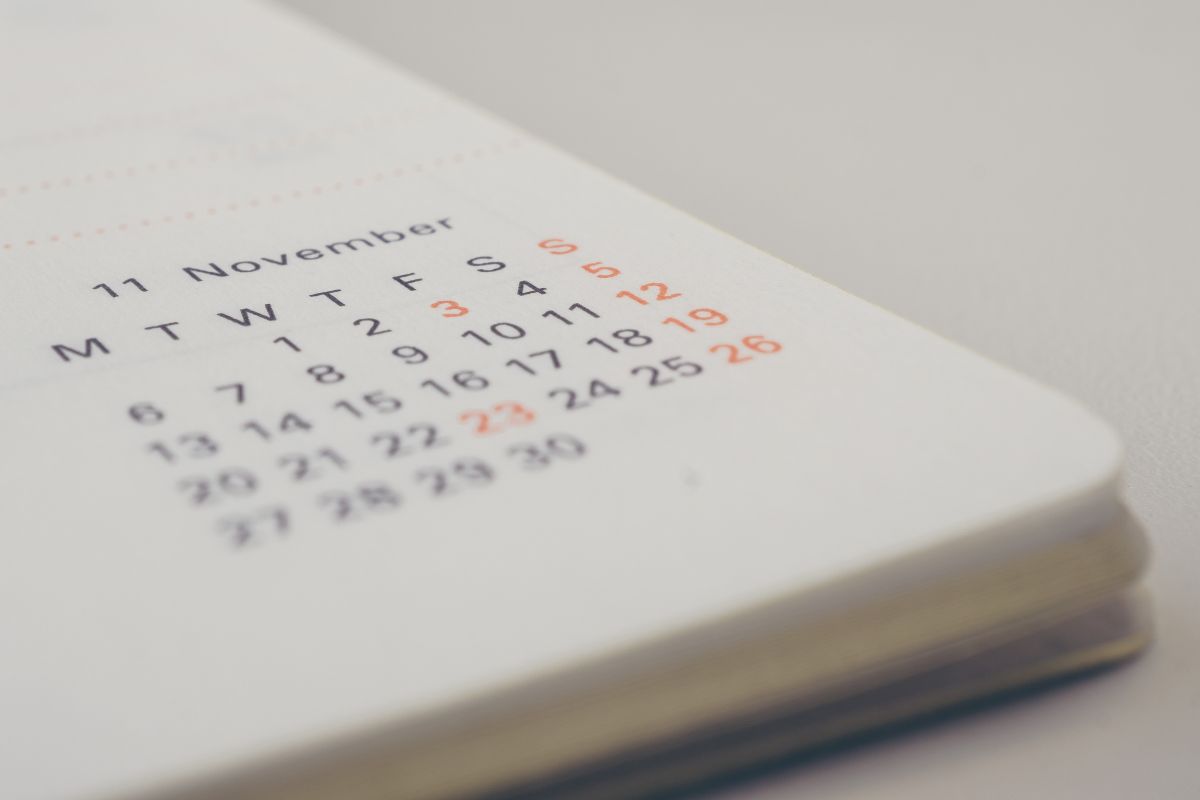 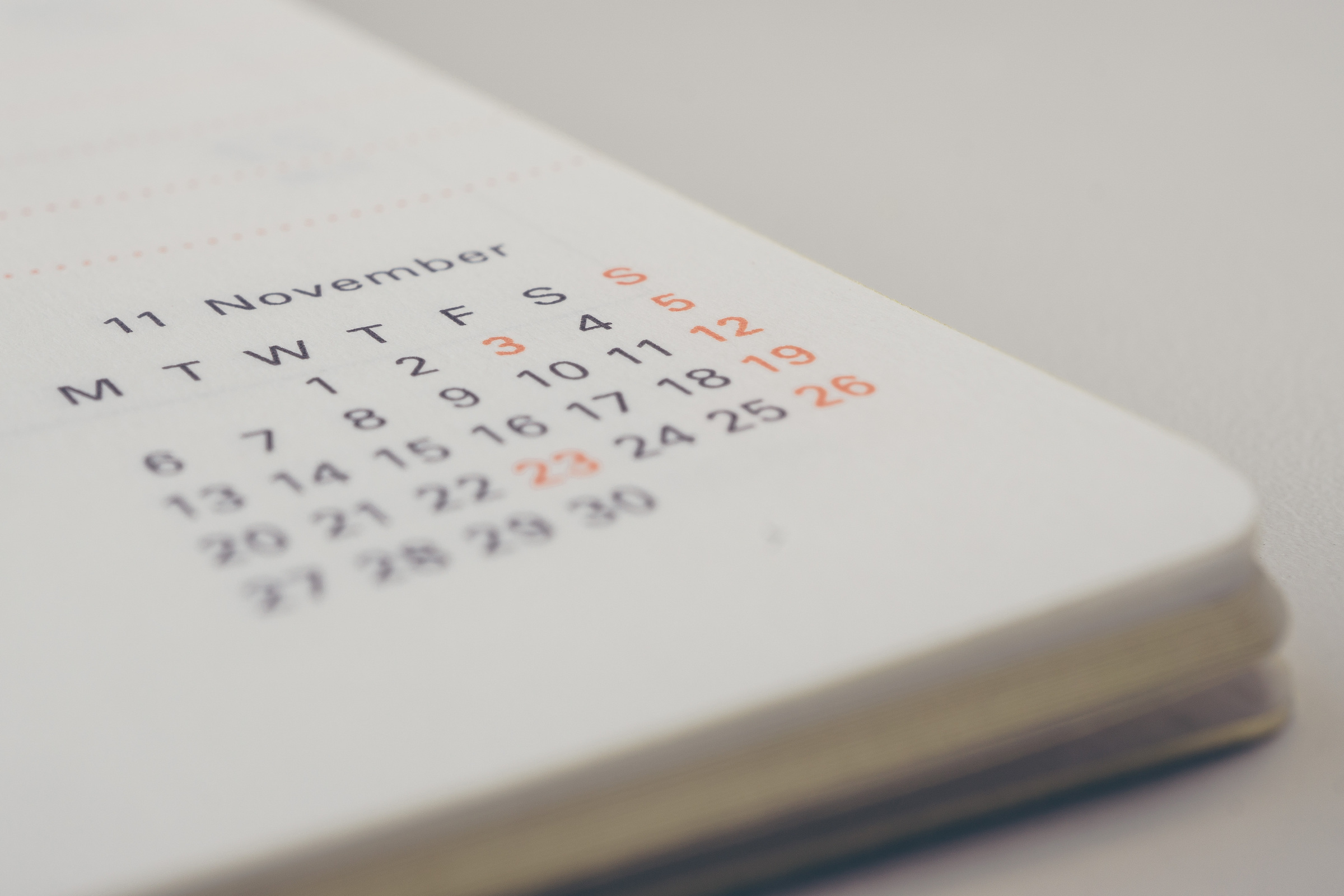 November, the eleventh month of the year, actually takes its name from the Latin word for the number nine, and it isn’t unique in this regard. September, October and December are named after the Roman numbers seven, eight and 10 respectively. July and August used to be named Quintilis and Sextilis, meaning fifth and sixth month, before they were renamed after Julius Caesar and his heir, Augustus. So why are these names all off kilter by two months?

There are two theories. The first would have you believe that there used to be just 10 months in the Roman calendar. At some point, when they supposedly changed it to 12, the Romans added January and February at the front of the year, which pushed the other 10 months and their names off course. The second would have you believe that there were always 12 months, but New Year’s Day used to be March 1 and the last month of the year was February. But over many decades and centuries, through a series of bureaucratic and political changes, the New Year holiday simply drifted back in the calendar until it landed on Jan. 1.

Amelia Carolina Sparavigna is a physicist at the Polytechnic University of Turin in Italy and has conducted archaeo-astronomical studies to chart the precise lunar phases of ancient Rome’s calendars. She is firmly in the 10-month camp. Interestingly, under this theory, the 10 months weren’t longer — the Romans simply didn’t bother to mark or measure the days in what we call now January and February because little to no agriculture happened in those months, and calendars at that time were developed primarily for farmers. “After a gap in the winter, the year started from Marius,” she told Live Science.

Related: Why did Rome fall?

But the Romans were a notoriously organized bunch, so why would they introduce two new months and then simply ignore the fact that many of their other named months no longer made sense? Well, the answer could be that naming conventions were a bit of a political quagmire back then — lots of people in power were jostling to rename months to aggrandize their origins. Emperor Caligula, for example, tried to have September changed to “Germanicus” in honor of his father, Sparavigna said. Emperor Domitian also had a go and tried to turn October into Domitanus.

But none of this went down terribly well with the Roman public, who as it turned out, were fairly conservative and didn’t take well to change for change’s sake. “These changes of names apparently lasted for a very short time,” Sparavigna said. This aversion to change makes sense — after all, many of us today still resist changes to the way we measure things; the metric system is far from universal — and could partly explain why the authorities didn’t alter the naming system when they introduced January and February.

Not everyone buys that narrative, though.

“Personally, I think it’s strange to come up with a calendar in the first place that just leaves out two months and has a gap that no one has bothered to name,” said Peter Heslin, a professor in the department of classics and ancient history at Durham University in the United Kingdom. The 10-month theory was actually first put about by late-Roman thinkers, who were contemplating their own nonsensical ordering of the months. “Some modern scholars agree and say that’s what must have happened because the Romans said so. But others are more skeptical because it all sounds a bit bizarre,” Heslin said.

Instead, Heslin says there were probably always 12 months in the Roman calendar. New Year’s Day used to be widely celebrated in March, but other bureaucratic institutions of the Roman Empire would operate with January as the start of the year. Even today, many countries, such as the United States, have a different tax year to the common calendar. “The Roman consuls began their year in office on Jan. 1, for example, so while March may have been considered the beginning by the general public, the political year started in January, and so it was a bit messy until they cleared it up,” he said. “All of this is speculation, but I think there was a series of slow incremental changes where the March New Year was pushed back.”

By Heslin’s reckoning, because the change happened so gradually, no one really took too much notice at the time. Many centuries later, the Roman intellectuals then tried to rationalize why the names of the months didn’t make sense. Their answer, he says, was to erroneously conclude that there must have been 10 months at some point.