Why is potassium the cation of life? 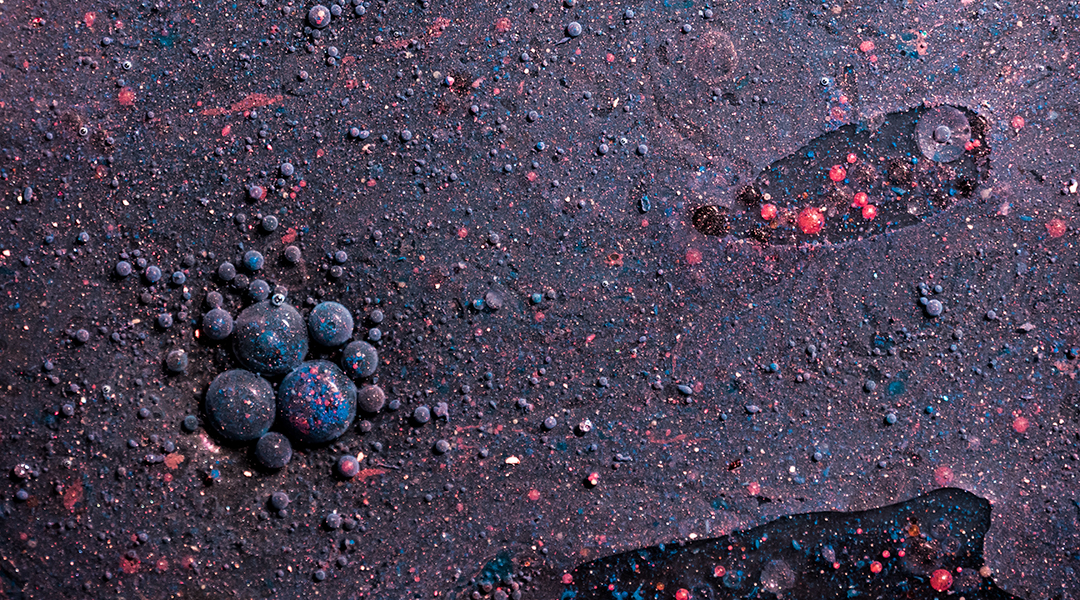 A new hypothesis explores how potassium came to be the dominant biological cation.

Why is it that in all living cells there is a higher concentration of potassium (K+ ions) in the cytoplasm than in the surrounding medium, and the reverse for sodium (Na+ ions)? This certainly isn’t chance, because both prokaryotes (bacteria) and eukaryotes have evolved quite complicated ways of keeping things this way.

The actively-maintained imbalance of ions across a cell membrane (more K+  inside, and more Na+ and Cl– outside) typically produces a potential difference of between -40 and -70 millivolts (mV) across the cell membrane — human neurons, for example, have a membrane potential of -70 mV.

That doesn’t sound like much, but this voltage exists over a tiny width of “insulator” (the lipid bilayer, cell membrane) — between 5 and 10 nanometers — so the power stored up in that system is very impressive. Compare this to a single cell in a lithium-ion battery, which has a porous charge separator of around 150 micrometers thick (roughly 25,000 times the thickness of a cell membrane) across which exists a voltage of, say, 1.7 volt and is around 25 times more than in a living cell.

Seen this way (though it is not quite that simple), the living cell does one thousand times better than a battery at separating charge! To find out how it manages to make the K+ gradient, we must start with early evolution: with bacteria. And because we know that cations (or anions, for that matter) can’t pass through the lipid bilayer of a cell, it must have something to do with the membrane proteins — specifically, ion channels.

Basically, it’s all about the peptide chain carbonyl groups (O-C=O) that line the channel interior (the pore). The oxygens, possessing a high partial negative charge, temporarily associate with K+ ions, making a kind of static-charge-attractor (eight-fold coordination of C=O to K+, for those who like details). Sodium ions, being smaller than potassium ions, don’t “fit” in this particular channel: they have their own, specific, electrostatic attractor channel. So, that solves the question of ion selectivity, but what drives K+ ions against a concentration gradient that can reach 25–30 times the external concentration?

For this, we must imagine the challenge that bacteria have in keeping a physiologically ambient pH in their cytoplasm; a very important concept, for many proteins — and hence their functions, e.g. enzymatic — are exquisitely sensitive to the acidity of their environment. Equally important, the cell membrane is very sensitive to voltages over 200 mV.

These two physiological constraints lead us to protons (H+) as the driving evolutionary force because they are also the force that powers bacteria: prokaryotes pump protons out of their cytoplasm as a way of building up potential energy (a kind of battery for storing energy), to let them back in again through an enzymatic channel (the F1-F0 ATPase) to make a form of energy (ATP) that can be used as a common currency in the cell (chemical energy). Rapidly growing bacteria need so much energy that their proton pumps can generate dangerously high proton gradients, which can destroy their cell membranes even more quickly than disrupting enzyme mechanisms in the cytoplasm (via pH change) — in a matter of a few millisecond the cell can simply “dissolve” in an electrostatic catastrophe! K+ ions are the cell’s safety mechanism, because they electrostatically off-set H+ ions, moving in, as the protons move out.

The conditions under which it developed (notably, protecting against pH changes) are not the forces that keep K+ at the centre of eukaryotic cytoplasmic stability today, but evolution often works with what it has been given, and finds other “uses” — in eukaryotic cells, these are related to the electrostatic charge on the DNA-binding proteins, histones, which bacteria do not possess, and the disassembly of chromatin for transcription and DNA replication. Here we also see why K+ and not Na+ is the cation that cells “chose”.

Reference: Nikolay Korolev, How potassium came to be the dominant biological cation: of metabolism, chemiosmosis, and the cation selectivity since the beginnings of life, BioEssays (2020). DOI: 10.1002/bies.202000108