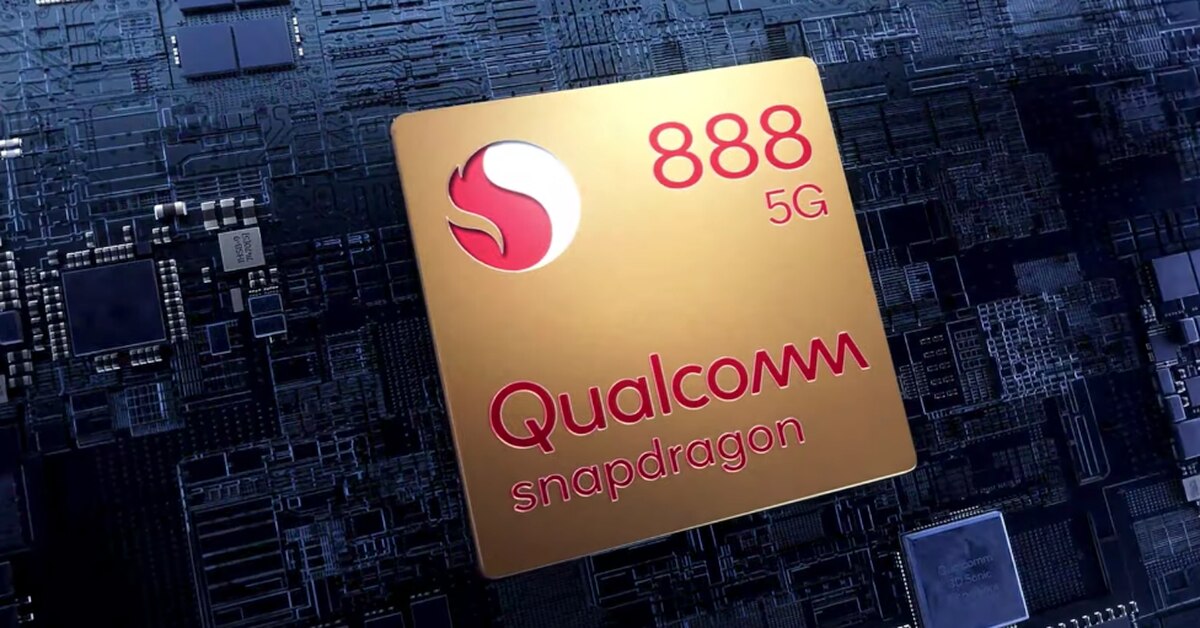 It’s easy to buy a smartphone—even a powerful flagship device—without ever thinking about the hardware inside. Even if you do dig into the spec sheets, you’ll typically find whatever Qualcomm’s latest chip is inside most high-end Android phones. Today, Qualcomm announced the latest version of its chip, the Snapdragon 888, which will start shipping in Android phones starting in 2021.

The 888 takes the place of the current Qualcomm champ, the Snapdragon 865, which you’ll find in phones like the Samsung Galaxy S20 and the OnePlus Pro 8. It’s a system on a chip, which means it contains all of the essential parts of a computer together as one cohesive unit. There are some key differences between the 888 and the 865, but one of the biggest has to do with 5G connectivity.

The new 888 chip has an integrated Qualcomm X60 5G modem built into it. The 865 that came before it required manufacturers to include a separate X55 modem inside the device in order to connect to 5G. Building the modem into the previous 865 would have made it too large and power hungry to work inside of already crowded flagship phones.. With the 888, however, that’s no longer a concern.

The integrated X60 modem can download data at up to 7.5 Gbps and upload at as much as 3 Gbps on paper, but you shouldn’t expect to hit those metrics in the real world. It’s compatible with both the super-fast-but-short-ranged millimeter wave 5G network offered by Verizon, as well as the much more common sub-6 signal. Having the 5G modem built directly into the chip should translate into more efficient power usage and make it much simpler for smartphone manufacturers to include 5G connectivity, since it doesn’t require finding space and power for an extra piece of hardware.

Determining the real-world implications of the chip is somewhat complex. The max download and upload speeds only show a small increase compared to the 865, but the 888 has the ability to aggregate signals from different parts of the spectrum when available. In theory, that should translate into faster overall performance without users having to make any decisions about how they connect.

In addition to the CPU and GPU, Qualcomm has equipped the 888 with its new Spectra image signal processor, which is critical for camera functions. The new tech will theoretically allow users to capture up to 12-megapixel photos at up to 120 frames per second if the software allows it. That’s a 35-percent improvement over the previous generation.

Combined with the new Hexgon AI processor, the 888 is capable of some impressive photographic feats. By analyzing the scene in front of the camera, the system can automatically identify subjects and lighting scenarios to select the best settings, and combine multiple images together to get a finished photo. Of course, it’s up to the software to take advantage of all that raw firepower.

Phones from manufacturers like OnePlus and LG should start rolling out with the new 888 inside starting in Q1 of 2021. Other manufacturers like Samsung will likely follow suit later in the year. Until then, it’s safe to stop thinking about what kind of processor your phone has inside of it.