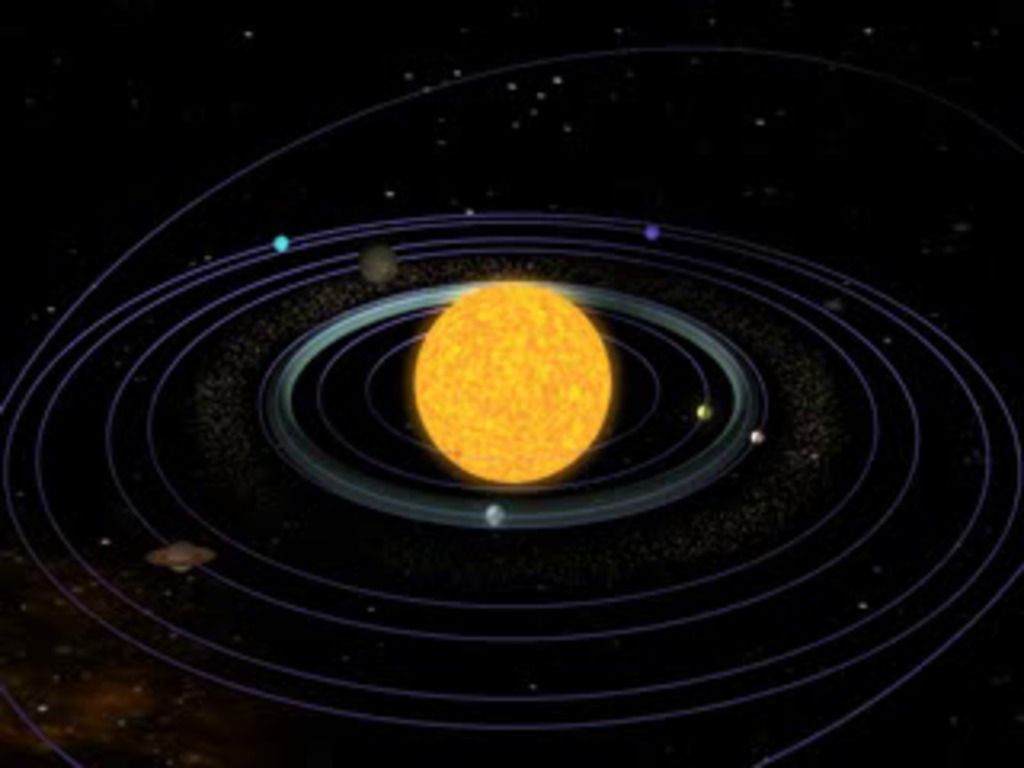 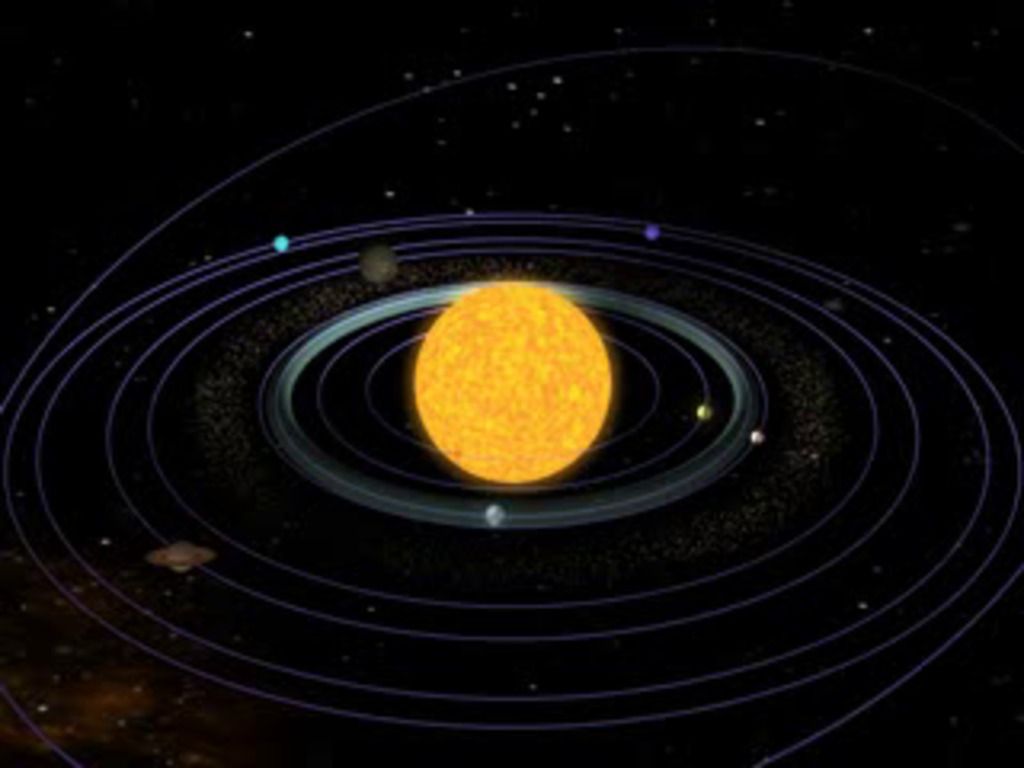 Our sun’s death is a long way off — about 4.5 billion years, give or take — but someday it’s going to happen, and what then for our solar system?

The trouble begins before the death proper: The first thing we have to contend with is the elderly sun itself. As the fusion of hydrogen continues inside the sun, the result of that reaction — helium — builds up in the core.

With all the waste product hanging around, it gets harder for the sun to do its fusion dance. But the inward crushing weight of the sun’s atmosphere doesn’t change, so to maintain balance the sun has to increase the temperature of its fusion reactions, leading ironically to a hotter core.

This means that as the sun ages, it gets steadily brighter. The dinosaurs knew a dimmer sun than we see today, and in as little as a few hundred million years, Earth will get too hot to handle.

Our atmosphere will get stripped away. Our oceans will evaporate. For awhile, we’ll look something like Venus, locked in a choking, carbon dioxide atmosphere.

And then it gets worse.

In the final stages of hydrogen fusion, our sun will swell and swell, becoming distorted and bloated — and red. The red giant sun will consume Mercury and Venus for sure. It might or might not spare Earth, depending on exactly how large it gets. If the sun’s distended atmosphere does reach our world, Earth will dissolve in less than a day.

But even if the sun’s expansion stops short, it won’t be pretty for Earth. The extreme energies emitted by the sun will be intense enough to vaporize rocks, leaving behind nothing more than the dense iron core of our planet.

The outer planets won’t enjoy the increased radiation output from the sun, either. The rings of Saturn are made of almost pure water ice, and the future sun will simply be too hot for them to survive. The same goes for the ice-locked worlds orbiting those giants. Europa, Enceladus, and all the rest will lose their icy shells.

At first, the increased radiation will blast the four outer planets, stripping away their atmospheres, which are just as fragile as that of a terrestrial planet. But as the sun continues to swell, some of the outer tendrils of its atmosphere can find their way to the giants, traveling through funnels of gravity. Feeding on that material, the outer planets can gorge themselves, becoming far larger than they ever were before.

But the sun still won’t be done. In its final stages, it will repeatedly swell and contract, pulsing for millions of years. This isn’t the most stable situation, gravitationally speaking. The deranged sun will push and pull the outer planets in odd directions, potentially drawing them into a deadly embrace or kicking them entirely out of the system.

For a few hundred million years, the outermost parts of our solar system will be a decent place to call home. With so much heat and radiation pouring from the red giant sun, the habitable zone — the region around a star where the temperatures are just right for liquid water — will shift outward.

As we saw above, at first the moons of the outer worlds will melt, losing their icy shells and potentially hosting liquid water oceans on their surfaces. Eventually, the Kuiper belt objects, including Pluto and its mysterious friends, will also lose their ices. The largest may transform into mini-Earths orbiting a distant, distorted red sun.

But eventually, our sun will give up the struggle, shrugging off its outer atmosphere in a series of outbursts that leave behind the star’s core: a white-hot lump of carbon and oxygen.

This white dwarf will initially be staggeringly hot, blasting off X-ray radiation that can do brutal damage to life as we know it. But within a billion years or so, the white dwarf will settle down to more manageable temperatures and simply hang out for trillions upon trillions of years.

That dim white dwarf will host a new habitable zone, but because the former sun will be so cool, that zone would be incredibly close, much closer than Mercury orbits our sun today.

At that distance, any planet (or planetary core) would be vulnerable to tidal disruption — a pretty way of saying the gravity of the white dwarf could inadvertently rip a planet to shreds.

But that may be the best we’ll get.

Learn more by listening to the episode “Can planets survive the death of their star?” on the Ask A Spaceman podcast, available on iTunes and on the Web at http://www.askaspaceman.com. Thanks to Guy R. for the questions that led to this piece! Ask your own question on Twitter using #AskASpaceman or by following Paul @PaulMattSutter and facebook.com/PaulMattSutter.

Paul M. Sutter is an astrophysicist at SUNY Stony Brook and the Flatiron Institute, host of Ask a Spaceman and Space Radio, and author of How to Die in Space.