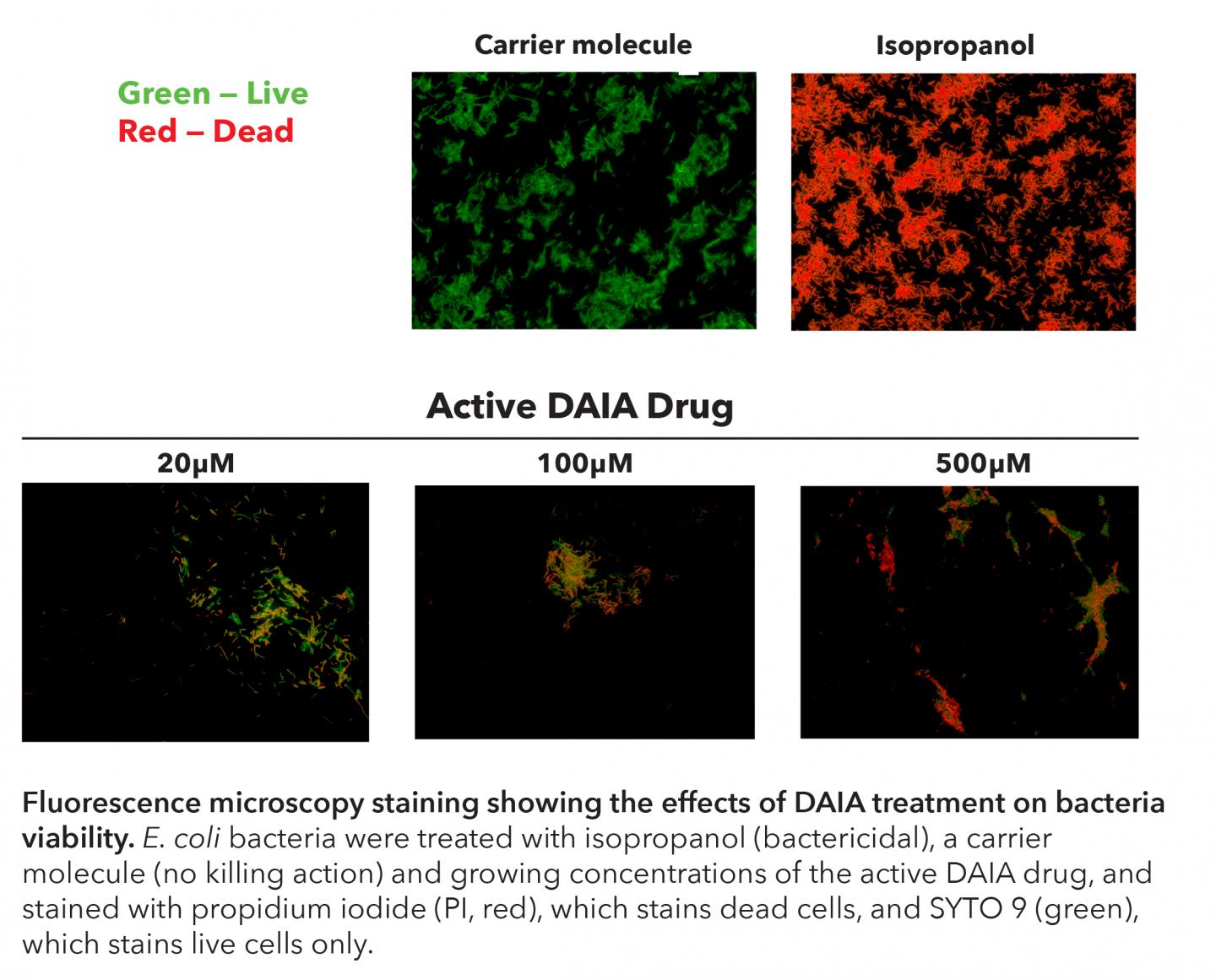 The World Health Organization (WHO) has declared AMR as one of the top 10 global public health threats against humanity. It is estimated that by 2050, antibiotic-resistant infections could claim 10 million lives each year and impose a cumulative $100 trillion burden on the global economy. The list of bacteria that are becoming resistant to treatment with all available antibiotic options is growing and few new drugs are in the pipeline, creating a pressing need for new classes of antibiotics to prevent public health crises.

Existing antibiotics target essential bacterial functions, including nucleic acid and protein synthesis, building of the cell membrane, and metabolic pathways. However, bacteria can acquire drug resistance by mutating the bacterial target the antibiotic is directed against, inactivating the drugs or pumping them out.

“We reasoned that harnessing the immune system to simultaneously attack bacteria on two different fronts makes it hard for them to develop resistance,” said Dotiwala.

He and colleagues focused on a metabolic pathway that is essential for most bacteria but absent in humans, making it an ideal target for antibiotic development. This pathway, called methyl-D-erythritol phosphate (MEP) or non-mevalonate pathway, is responsible for biosynthesis of isoprenoids — molecules required for cell survival in most pathogenic bacteria. The lab targeted the IspH enzyme, an essential enzyme in isoprenoid biosynthesis, as a way to block this pathway and kill the microbes. Given the broad presence of IspH in the bacterial world, this approach may target a wide range of bacteria.

Researchers used computer modeling to screen several million commercially available compounds for their ability to bind with the enzyme, and selected the most potent ones that inhibited IspH function as starting points for drug discovery.

Since previously available IspH inhibitors could not penetrate the bacterial cell wall, Dotiwala collaborated with Wistar’s medicinal chemist Joseph Salvino, Ph.D., professor in The Wistar Institute Cancer Center and a co-senior author on the study, to identify and synthesize novel IspH inhibitor molecules that were able to get inside the bacteria.

The team demonstrated that the IspH inhibitors stimulated the immune system with more potent bacterial killing activity and specificity than current best-in-class antibiotics when tested in vitro on clinical isolates of antibiotic-resistant bacteria, including a wide range of pathogenic gram negative and gram positive bacteria. In preclinical models of gram negative bacterial infection, the bactericidal effects of the IspH inhibitors outperformed traditional pan antibiotics. All compounds tested were shown to be nontoxic to human cells.

“We believe this innovative DAIA strategy may represent a potential landmark in the world’s fight against AMR, creating a synergy between the direct killing ability of antibiotics and the natural power of the immune system,” echoed Dotiwala.

The Wistar Institute is an international leader in biomedical research with special expertise in cancer research and vaccine development. Founded in 1892 as the first independent nonprofit biomedical research institute in the United States, Wistar has held the prestigious Cancer Center designation from the National Cancer Institute since 1972. The Institute works actively to ensure that research advances move from the laboratory to the clinic as quickly as possible. wistar.org.