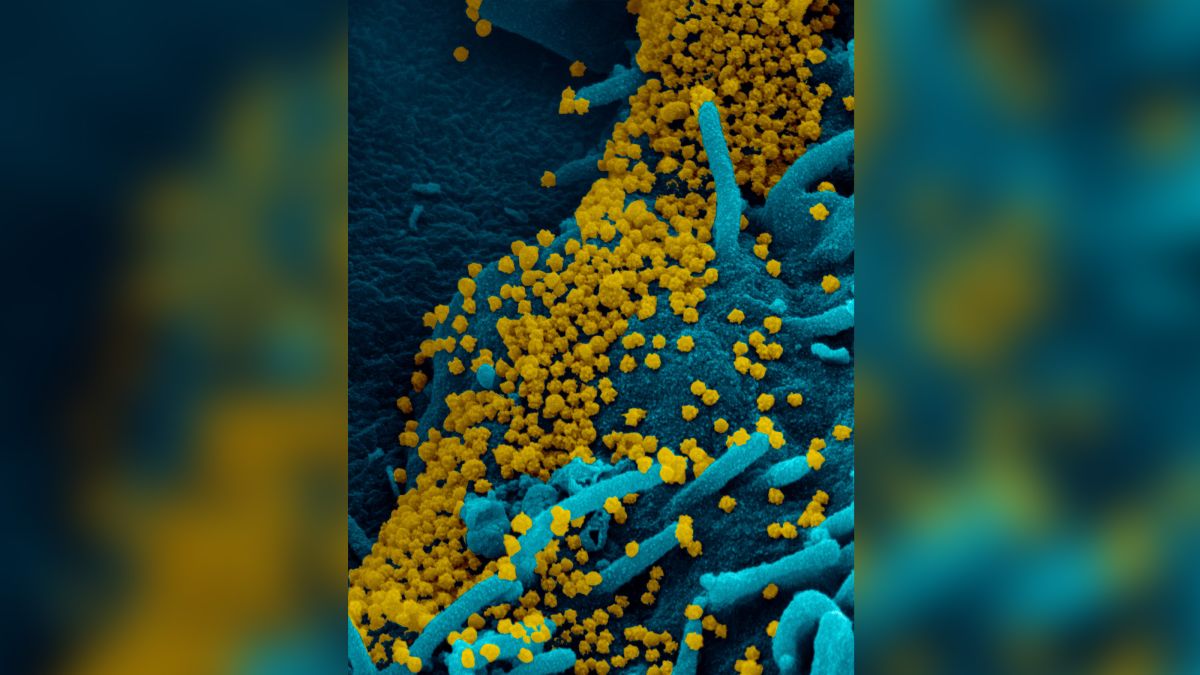 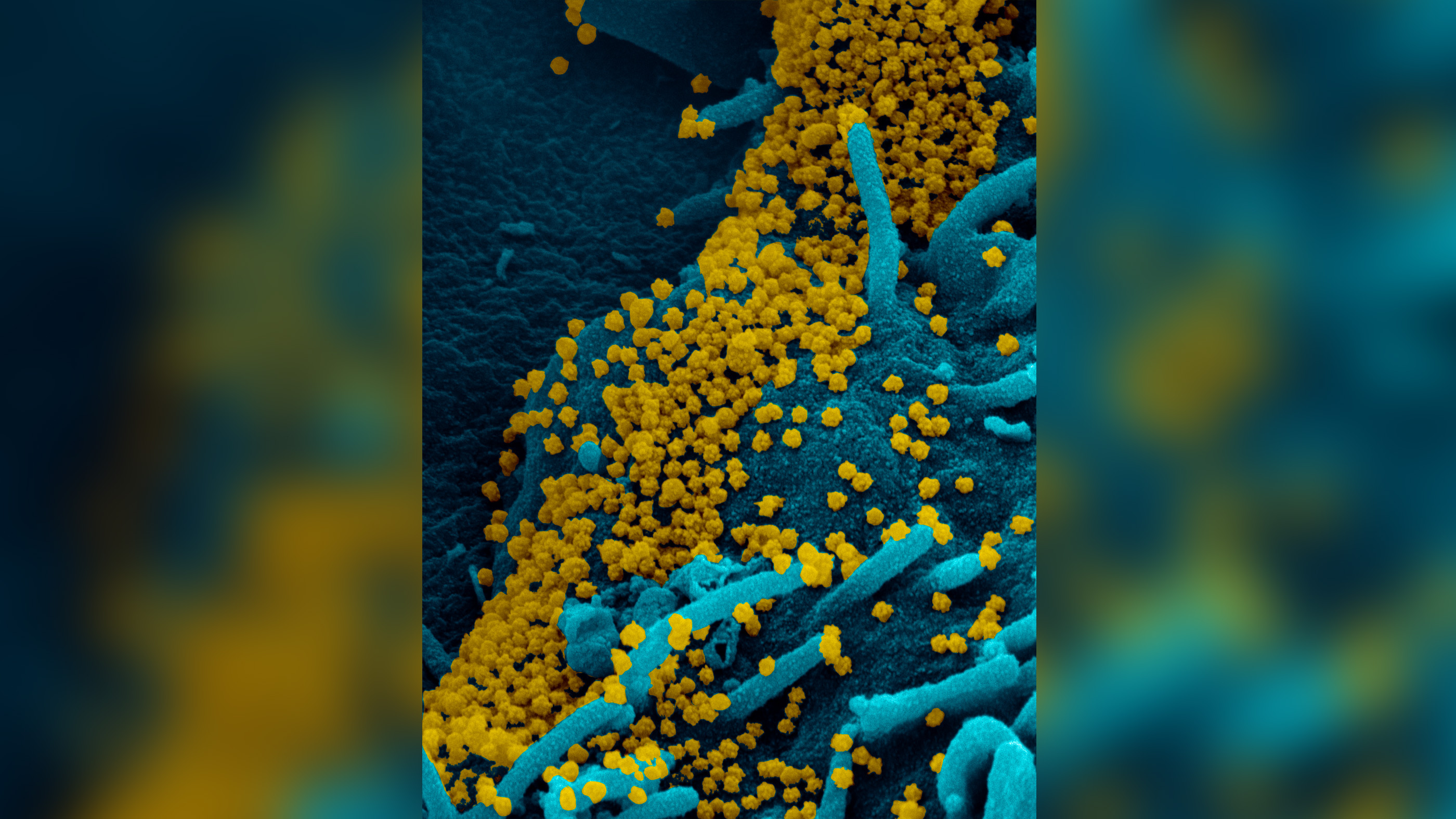 A woman with COVID-19 in Washington state shed infectious virus particles for 70 days, meaning she was contagious during that entire time, despite never showing symptoms of the disease, according to a new report.

The 71-year-old woman had a type of leukemia, or cancer of the white blood cells, and so her immune system was weakened and less able to clear her body of the new coronavirus, known as SARS-CoV-2. Although researchers have suspected that people with weakened immune systems may shed the virus for longer than typical, there was little evidence of this happening, until now.

The findings contradict guidelines from the Centers for Disease Control and Prevention (CDC), which say that immunocompromised people with COVID-19 are likely not infectious after 20 days.

The new findings suggest “long-term shedding of infectious virus may be a concern in certain immunocompromised patients,” the authors wrote in their paper, published Wednesday (Nov. 4) in the journal Cell.

“As this virus continues to spread, more people with a range of immunosuppressing disorders will become infected, and it’s important to understand how SARS-CoV-2 behaves in these populations,” study senior author Vincent Munster, a virologist at the National Institute of Allergy and Infectious Diseases, said in a statement.

The woman was infected in late February during the country’s first reported COVID-19 outbreak, which occurred at the Life Care Center rehabilitation facility in Kirkland, Washington, where she was a patient.

She was hospitalized for anemia related to her cancer on Feb. 25, and doctors screened her for COVID-19 because she came from the center with the outbreak. She tested positive on March 2.

Over the next 15 weeks, the woman would be tested for COVID-19 more than a dozen times. The virus was detected in her upper respiratory tract for 105 days; and infectious virus particles — meaning they were capable of spreading the disease — were detected for at least 70 days. Specifically, the researchers were able to isolate the virus from the patient’s samples, and grow it in a lab. They were even able to capture images of the virus using scanning and transmission electron microscopy.

Typically, people with COVID-19 are contagious for about eight days after infection, according to the report. Previously, the longest duration of infectious virus shedding in a COVID-19 patient was reported to be 20 days.

The woman was likely contagious for so long because her body didn’t mount a proper immune response. Indeed, the woman’s blood samples did not appear to contain antibodies against the virus.

The woman was treated with two rounds of convalescent plasma, or blood from recovered COVID-19 patients that contains antibodies against the disease. She cleared the infection after her second treatment, though there’s no way to know if the convalescent plasma helped, as the woman still had low concentrations of antibodies after the transfusion.

The authors also performed genetic sequencing of SARS-CoV-2 over the course of the woman’s infection, and saw that the virus developed several mutations over time. However, the mutations did not affect how fast the virus replicated. In addition, the authors did not see evidence that any of these mutations gave the virus a survival advantage, because none of the mutated variants became dominant over the course of the infection.

Exactly how the woman cleared the virus is unknown and is something that should be examined in future research involving patients with weakened immune systems, the authors said.

In addition, the researchers don’t know why the woman never experienced symptoms of COVID-19 despite being immunocompromised, which puts her at higher risk of severe disease, according to the CDC.

“You would indeed think that the immunocompromised status would allow the virus to spread from the upper (more common cold scenario) to the lower respiratory tract (pneumonia),” Munster told Live Science in an email. “Even though the patient was at least infected for 105 days, this clearly didn’t happen, and this remains a mystery to us.”

The authors note that their study involved only a single case, and so the findings may not necessarily apply to all patients with conditions that suppress the immune system.

An estimated 3 million people in the U.S. have an immunocompromising condition, including people with HIV, as well as those who have received stem-cell transplants, organ transplants and chemotherapy, the authors said.

“Understanding the mechanism of virus persistence and eventual clearance [in immunocompromised patients] will be essential to providing appropriate treatment and preventing transmission of SARS-CoV-2,” the authors concluded.