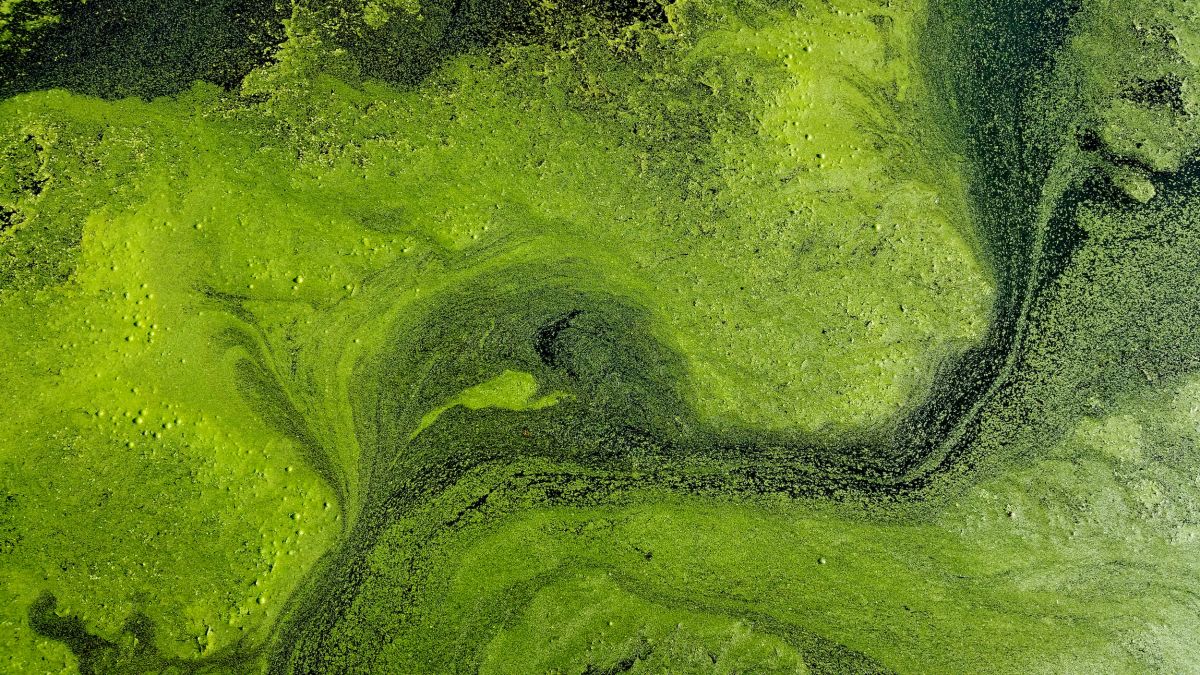 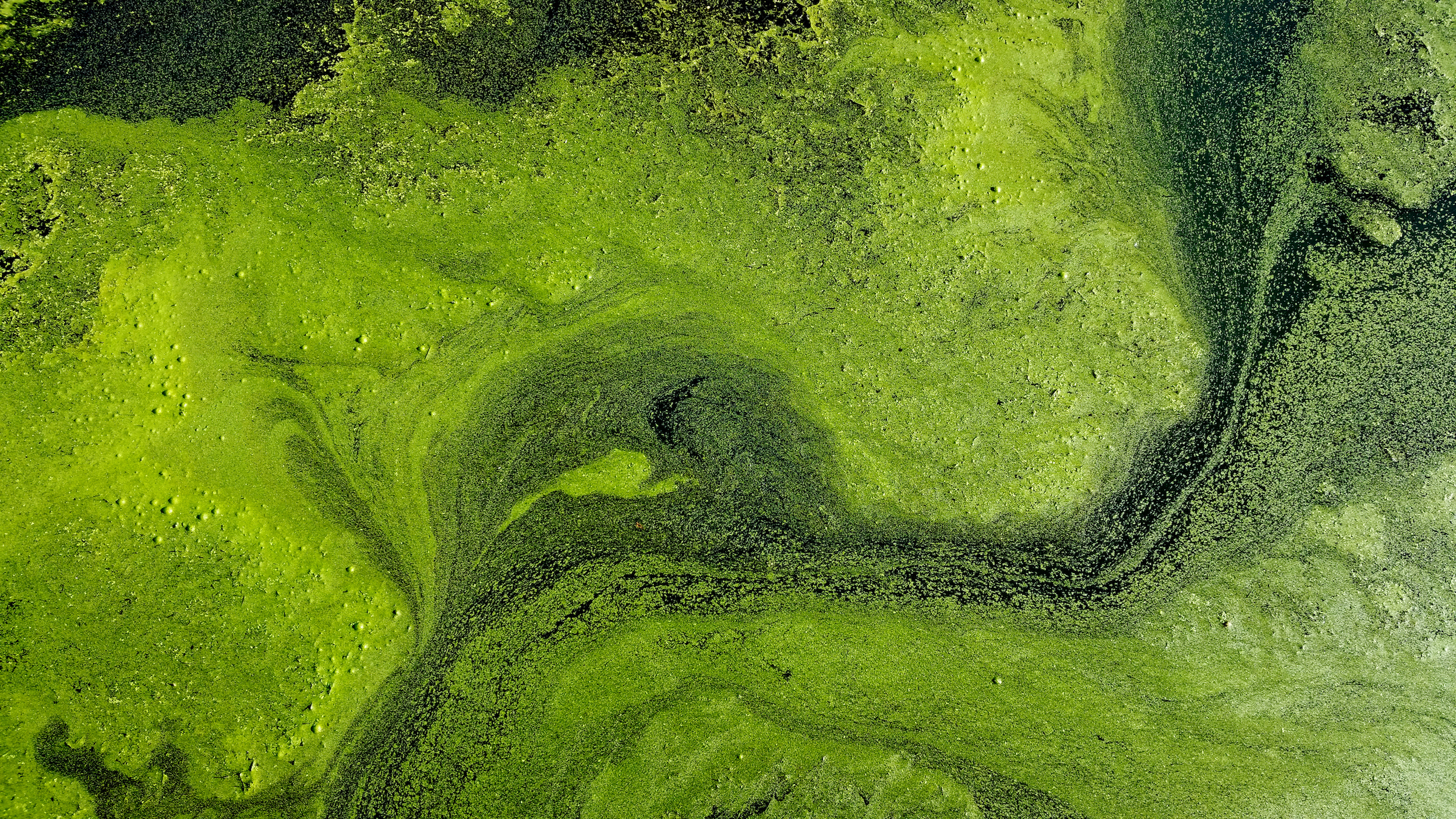 Hundreds of millions of years ago, one of the very first animals on Earth died at the bottom of an ancient ocean. In life, it was a humble sea sponge; in death, it had no bones, nor teeth, nor shell to leave behind as evidence of its brief, bottom-dwelling existence. But it did have fat molecules —  or so it seemed.

In 2009, a group of much later animals (human scientists) were studying a slab of ancient sea sediment when they discovered the fossilized remnants of what appeared to be those same sponge fat molecules, trapped among the rocks. The sediment dated to 635 million years ago —  roughly 100 million years earlier than the oldest confirmed animal fossil on record  — but the ancient molecules were unmistakably biological in origin, and matched those found in modern sponges, the researchers wrote. As more and more of these biomarkers were discovered across ancient seafloor samples, a question emerged: How could these early sponges be so widespread, and yet not leave a single body fossil behind?

Now, two new papers in the journals Nature Ecology and Evolution provide an answer. Those ancient fat molecules didn’t come from an animal at all, the researchers argue, but rather from some old, rotten algae whose molecular remains were transformed by the ravages of geologic time. After mimicking those geologic processes in a lab experiment, the researchers successfully altered modern algae molecules into fats identical to those found in the ancient sediment.

“This all means that the evidence previously linked to the oldest animals on Earth is derived from algae, not animals,” Lennart van Maldegem, a co-author of one of the studies and a geoscientist at Australia National University, told Live Science. “That moves the oldest definitive evidence of animals by almost 100 million years, to the fossil imprint of Dickinsonia, roughly 558 million years ago.”

Secrets in the rock

The crucial molecule in all these studies is a distinct type of sterol, or fat compound, called C30 24-isopropylcholestane — essentially, a blob of fat wrapped in 30 carbon atoms. While some sterols, such as cholesterol, are widespread among animals (including humans), these unique C30 sterols are almost exclusively associated with demosponges — a diverse class of marine animals that includes about three-quarters of all sea sponges known on Earth.

When the authors of the 2009 study found an abundance of C30 sterols in 635-million-year-old sediment samples, they interpreted it as evidence that ancient sea sponges had lived and died there, one million centuries before Earth became replete with animals during an event known as the Cambrian Explosion (about 540 million years ago). However, that is not the only plausible interpretation of those sterols.

“We know now that the first algae (the ancestor to modern plants) became prominent in all the world’s oceans 200 million years before the Cambrian Explosion,” van Maldegem said. “So, in our study we had another look at the molecules preserved in these ancient sediments.”

Alongside the sterols attributed to sponges, the researchers also found an abundance of molecules associated with algae, as well as non-biological molecules that result from a geological process called diagenesis, or the process that turns grainy sediments into hard rocks over millions of years. Van Maldegem likened the process to baking bread; after being exposed to heat and pressure for hundreds of millions of years, an “irreversible chemical reaction” alters the sediment’s molecular structure, just as a warm oven transforms wet, floppy dough into a firm loaf of bread. Sometimes, van Maldegem said, these processes can alter organic molecules as well.

In the ancient sediment samples, sterols associated with sea sponges and molecules produced by diagenesis were often located right next to each other, suggesting that both molecules had arisen by similar geologic processes, van Maldegem said. To test whether these processes could have transformed ancient algae molecules into the right C30 sterols, the team removed various molecules from modern red and green algae samples, then heated them to more than 600 degrees F (315 C) in an oven and exposed them to intense pressure — conditions meant to mimic geological processes that normally take millions of years.

The process successfully transformed some algae molecules into the same sponge-related sterols present in the 635 million-year-old sediment. This means that those ancient sterols are not evidence of animals at all, but of algae, van Maldegem said. If that’s the case, the earliest evidence of animal life on Earth may have just been negated.

It’s still possible that animals began evolving on Earth hundreds of millions of years before this, van Maldegem said, but scientists should no longer look to these particular fatty sponge molecules as evidence of this.

“We have had a thorough look at the earliest evidence for animals on Earth … and are gaining a better understanding for how the first animals evolved,” van Maldegem said.

This article was originally featured on Saveur. Rummage through your pantry right now and you might notice some products have a letter B, surrounded by...
Animals’ eyes are extremely efficient, and researchers have been trying to reproduce their function in robots for many years. However, despite the latest improvements in...
This image taken from video provided by the NAOJ & Asahi Shimbun, shows spiral swirling through the night sky from Mauna Kea, Hawaii's tallest mountain....
During experiments, some juvenile sea spiders were able to regrow amputated body parts. (Image credit: Shutterstock) (opens in new tab)Sea spiders possess a remarkable, previously...
Birds that dive underwater — such as penguins, loons and grebes — may be more likely to go extinct than their nondiving kin, a new...
Inspired by sea cucumbers, engineers have designed miniature robots that rapidly and reversibly shift between liquid and solid states. On top of being able to...