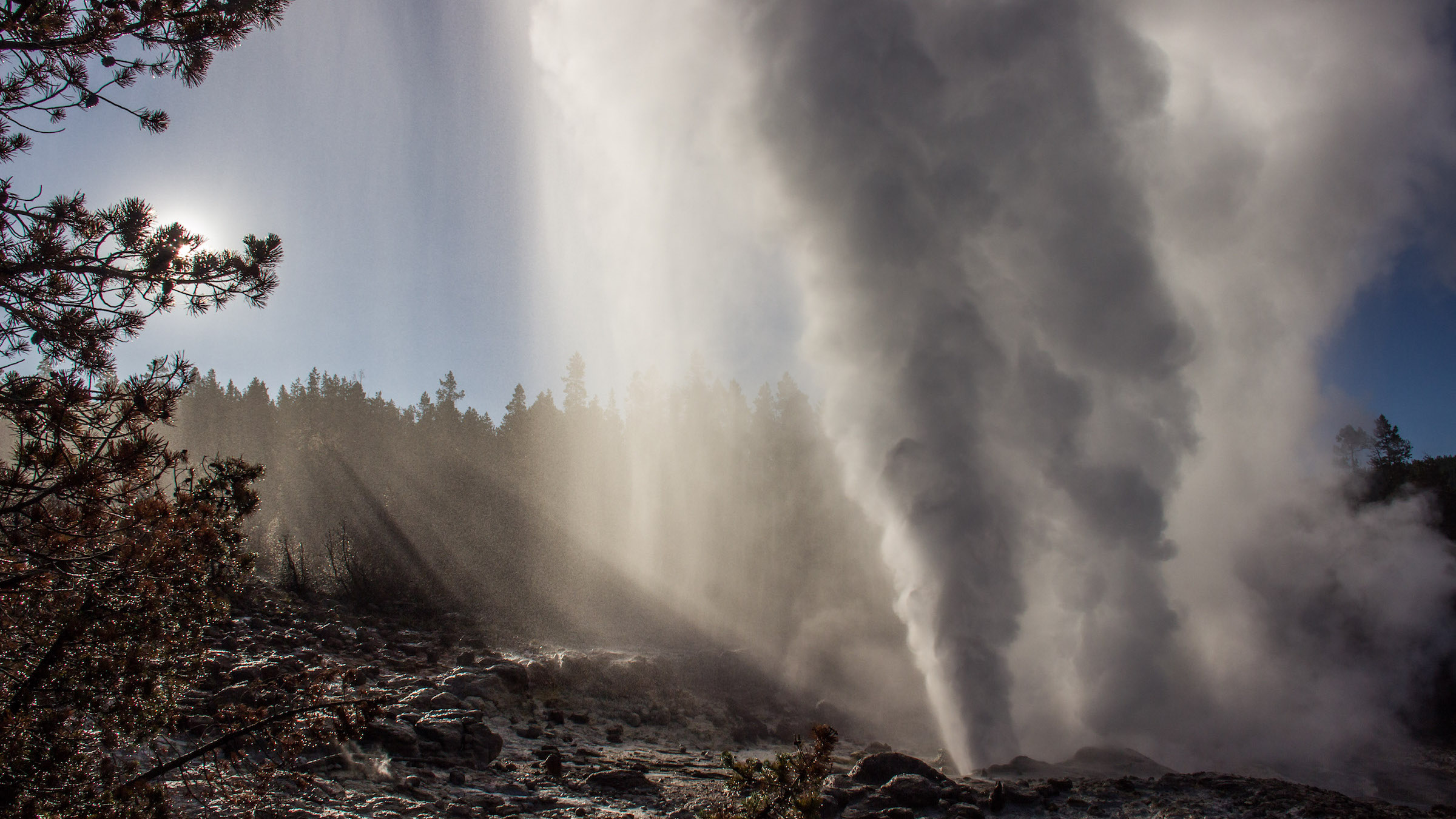 A geyser hiding under Yellowstone National Park recently reawakened. But don’t worry: That doesn’t mean the supervolcano beneath the park will erupt soon, a new study finds.

Some scientists feared that the geyser’s dramatic outbursts were a harbinger of volcanic activity at Yellowstone. But it turns out Steamboat’s frequent eruptions do not portend a volcanic blast, according to the new study, published online Jan. 4 in the journal Proceedings of the National Academy of Sciences.

Yellowstone’s supervolcano hasn’t had a major eruption in 70,000 years, but scientists are constantly looking for hints of when the next “big one” might happen. Also hard to predict are so-called hydrothermal explosions, or geyser outbursts, which can be deadly; in December 2019, 22 people died in an unexpected hydrothermal explosion on White Island, New Zealand.

“Hydrothermal explosions — basically hot water exploding because it comes into contact with hot rock — are one of the biggest hazards in Yellowstone,” study senior author Michael Manga, a professor of Earth and planetary sciences at the University of California, Berkeley, said in a statement. “The reason that they are problematic is that they are very hard to predict; it is not clear if there are any precursors that would allow you to provide warning.”

While Steamboat Geyser has reawakened, its sudden activity didn’t come along with the underground magma movement often seen before a volcanic eruption.

That’s not to say the geology around Steamboat Geyser didn’t change. Before Steamboat reawakened, the ground around the geyser rose, seismic activity in the region increased somewhat and the area began releasing a bit more heat into the atmosphere than before, Manga and his colleagues found. But other dormant geysers in the immediate vicinity, known as Norris Geyser Basin, haven’t restarted, and the temperature of the groundwater driving Steamboat’s eruptions hasn’t increased.

Moreover, except for the first eruption in 2018, none of Steamboat’s outbursts occurred after periods of high seismic activity, the researchers found.

“We don’t find any evidence that there is a big [volcanic] eruption coming,” Manga said. Nor could they determine why Steamboat reawakened, calling the reason for its reactivation “ambiguous,” in the study.

During their investigation, the team also uncovered why Steamboat’s spurts are so tall, making it the world’s highest-shooting active geyser. By comparing the columns of 11 geysers in Chile, Iceland, the United States and Russia with the estimated depth of the reservoir of water supplying each geyser, the team learned that deeper reservoirs lead to taller eruption jets. In Steamboat’s case, a reservoir sitting about 82 feet (25 meters) underground has the highest column of 277 feet (115 m).

“Steamboat is taller because water is stored deeper there than at other geysers, and, hence, more energy is available to power the eruptions,” the researchers wrote in the study.

The team also determined that changes in rainfall and snowmelt are largely responsible for the variability in Steamboat’s eruptions. During the spring and early summer, melting snow and rain entered the underground reservoir, causing underground water pressure to rise, the researchers said. Likewise, during the winter, less water enters the underground reservoir, leading to decreased water pressure and longer periods between eruptions.

The water in the reservoir comes from deep underground, so the water that does burst forth in a geyser eruption is decades or even centuries old, Manga said.