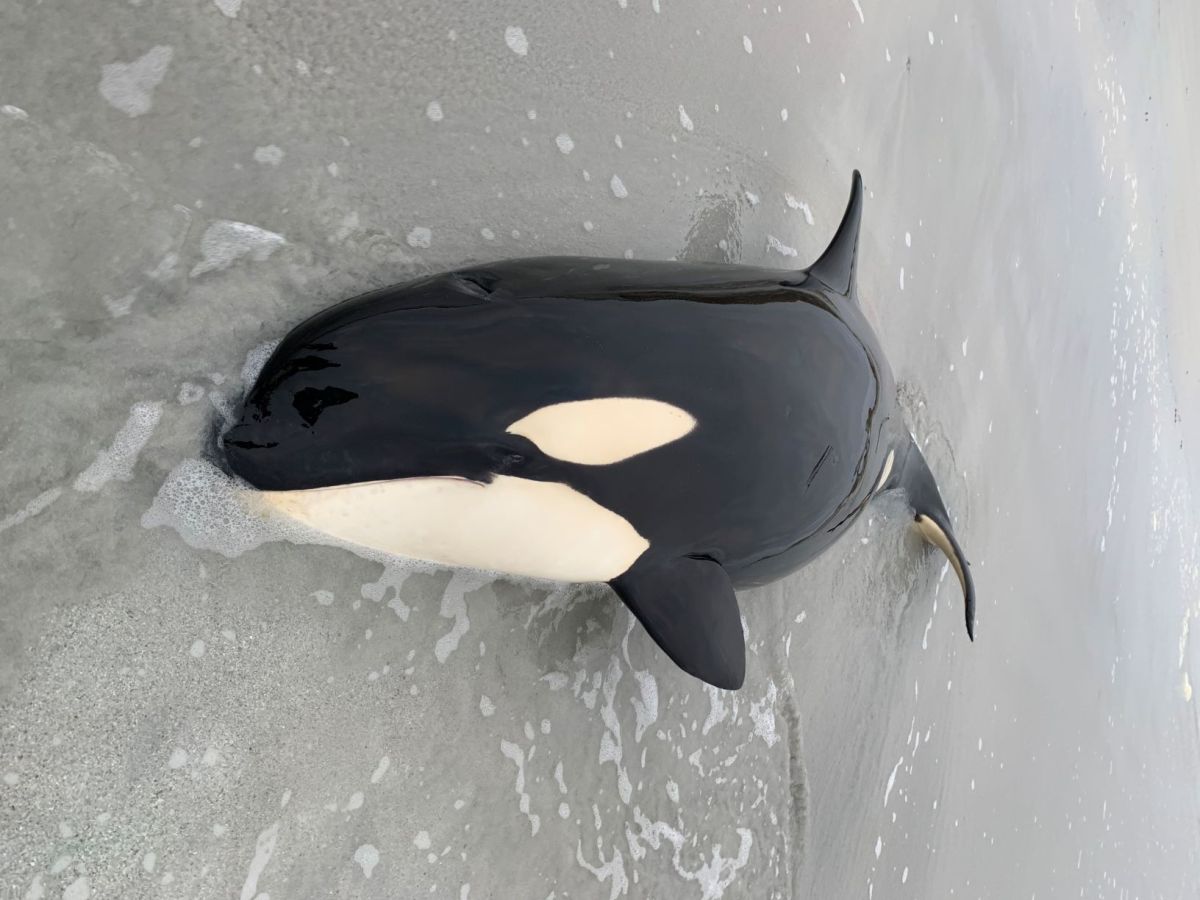 A juvenile killer whale was heroically rescued this week after getting stranded on a Scottish beach.

A group of trained medics from the British Divers Marine Life Rescue (BDMLR) and helpful locals carried out the rescue Monday (Jan. 4) on Sanday, an island off the coast of Scotland.

“My very first thought when I got the phone call was that it was a common dolphin, because we see them around here this time of year,” Neave-Webb told Live Science. “But as soon as I got out of the vehicle, I could hear it squeaking, and I was like, what is that?”

“[An] orca was the last thing I was expecting; I didn’t believe it until I saw the white eye patch,” she said.

As soon as Neave-Webb and her team of medics arrived, they checked the health of the whale.

“We were initially quite concerned it was a maternally dependent youngster,” she said. “If it is, then we can’t rescue it, because it will just starve on its own without its mother.”

Killer whale mothers, with help from other females in the pod, provide constant essential care to juveniles until the age of 2, according to National Geographic.

The orca’s size indicated it was likely a 3- or 4-year-old male that would have been capable of surviving on its own.

After shouting to local residents for more help, the team immediately set about getting the whale upright in the water to aid the animal’s breathing and ensure the blowhole was out of the water.

“The tide was coming in quite quickly, and it [the whale] was starting to get submerged because it was also sinking in the soft sand,” Neave-Webb said. “It took four of us just to get it upright; it was really heavy.”

As the tide came in, the medics maneuvered the animal onto a special dolphin stretcher.

“Every time a wave came in, we lifted it up and shimmied the stretcher a little further underneath, whilst also trying to line it up in the direction we wanted it to go,” she said. “Once we got it under, we were able to lift it with eight people and move it out to deeper waters.”

After 15 minutes of being held in place by the rescuers, the orca suddenly headed off in a straight line and disappeared from sight. Some of the team stayed on the beach for a while to make sure the whale didn’t get stuck again, but it wasn’t seen again.

Neave-Webb said she was cautiously optimistic about the young orca’s chances of survival post-rescue.

“It was very vocal, active and alert,” she said. “It had obviously been feeding very recently, because it was really healthy. It also did a really big poo on the beach, which was a great sign.”

However, the orca does have a challenge ahead: “It needs to find its pod, which we couldn’t see, but its vocalizations suggested they were close by,” Neave-Webb said.

The entire rescue took just over an hour, but Neave-Webb believes it was only possible because of the team’s newly acquired dolphin stretcher and the help of the locals.

“It was a lucky animal to strand on an island with people who knew what they were doing and had the equipment to save it,” Neave-Webb said. “It definitely chose the right place to throw itself on the beach.”