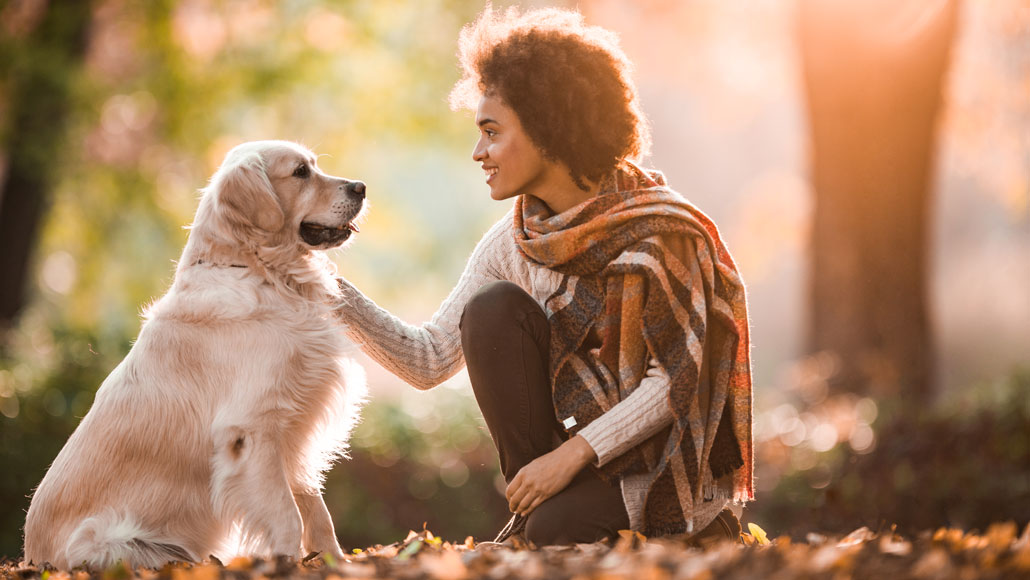 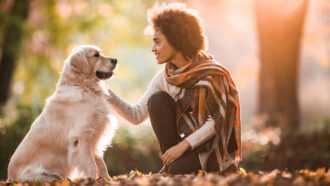 Lots of dog owners love to gaze at their pups’ faces. But that fascination may be a one-way street, at least in the brain. Dogs’ brains aren’t especially impressed by faces, either those of other dogs, or of people, a new study suggests.

People’s brains are exquisitely tuned into faces, and the wealth of information that expressions can convey. Whether other animals’ brains are as vigilant to faces is an open question.

Researchers in Hungary and Mexico used brain-scanning technology on 20 pet dogs to measure responses to faces. The dogs were trained to lie still in a sphynx position inside an MRI tube, resting their head on a chin rest while watching a screen. The scientists played four types of two-second video clips for the dogs to view: the front or back of a human head, and the front or back of a dog head. Thirty human volunteers in MRI machines saw the same short videos.

As many earlier studies have found, faces were captivating for people. When shown a face — either human or dog — a large swath of these people’s visual systems became active. These brain regions were quieter when the people saw the backs of heads.

The vision-processing parts of the dogs’ brains, however, didn’t seem to care about faces, the researchers report October 5 in the Journal of Neuroscience. No brain areas had greater activity when viewing a face compared with the back of a head. Instead, areas of the dogs’ visual systems were more tuned to whether the video featured a dog or a human.

Still, the study measured brain responses — not behavior. The results don’t mean that dogs themselves don’t see, or don’t care, about faces. Other studies have shown that canines can recognize people’s facial cues.

The new finding adds to tidbits gleaned from other studies on canine cognition (SN: 8/30/16, SN: 9/2/19). But for now, a full reckoning of how a dog experiences the world lies beyond human understanding.