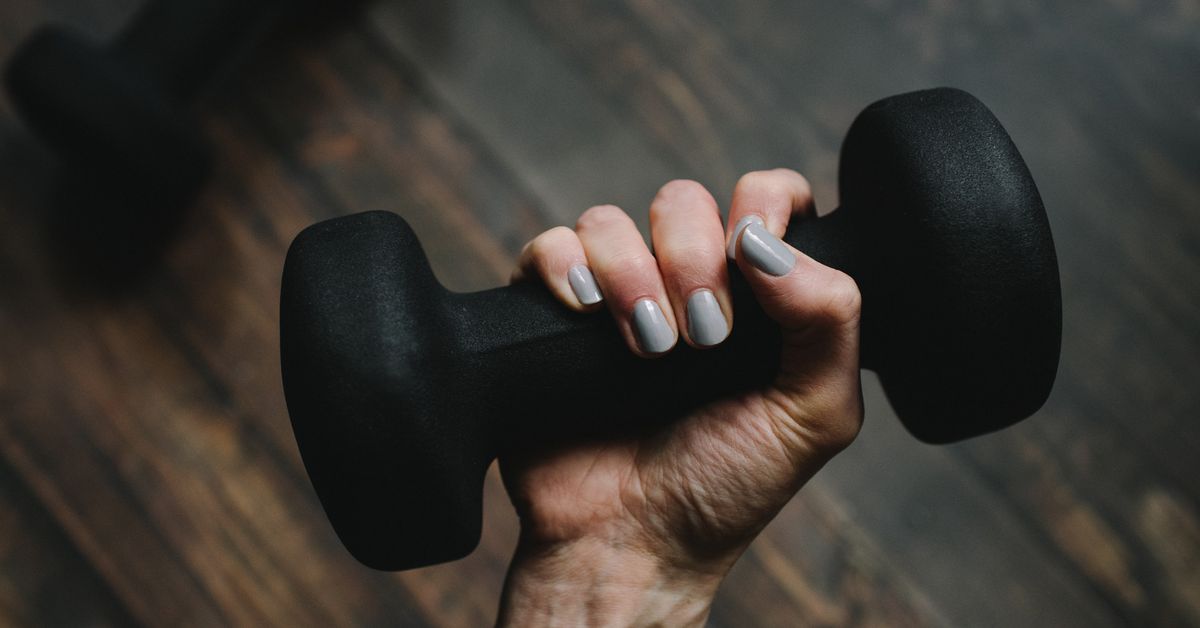 Adam Taylor is a professor and director of the Clinical Anatomy Learning Centre at Lancaster University. This story originally featured on The Conversation.

The human hand is remarkable. Not only does it allow us to throw, grab, climb and pick things up, it can also be a measure of health. Using hand-grip strength—which assesses the amount of force a person can generate with their grip—researchers can not only understand a person’s strength, they can also know the rate a person is ageing and even diagnose certain health conditions, such as heart disease and cancer.

Grip strength is typically tested using a dynamometer, which a person grasps the same way they’d hold a glass, with the elbow tucked into the side and positioned at right angles. The instrument is then squeezed for about five seconds. The test is performed on both hands, usually three squeezes on each hand, and then the average is taken. Men aged 20 to 30 typically have the greatest strength, while women over 75 have the lowest. In people aged 20 to 29 years old, average grip strength is 46 kilograms of force for men and 29 kilograms of force for women. This decreases to 39 and 23.5, respectively, by the time a person reaches 60 to 69 years of age.

Research shows that having a grip strength that was lower than average compared to people of the same gender and age range was associated with risk of heart failure, where lower strength indicated detrimental changes in the heart’s structure and function. Similarly, research has shown weaker grip strength is a strong predictor of cardiac death, death from any cause, and hospital admission for heart failure.

Grip strength may also be useful for predicting survival from cancer. Though survival is based on other factors, such as cancer type and time of diagnosis, one study found patients were more likely to survive non-small-cell lung cancer the greater their grip strength was.

Obesity is also associated with a weaker grip in later life. The presence of fat in and around muscle reduces muscle efficiency. Recent work looking at diabetes and grip strength has also shown that people who develop type 2 diabetes have a weaker grip strength. This is probably caused by the presence of fat in the muscles making them less efficient at doing their job—subsequently increasing inactivity and worsening muscular decline.

Grip strength declines with age. Research shows that as the body loses muscle mass as we age, grip strength decreases. Ageing causes a decline in muscle mass (and function), at a rate of 1 percent a year from middle age. This can result in a loss of up to 50 percent of muscle mass by 80 to 90 years of age.

But ageing progresses at different rates in different people. This means that grip strength could decrease from age-related changes in the nervous system when signals do not travel as fast, or from muscle loss in the arms. Another study has shown that reduced grip strength in older adults is associated with lower cognitive function.

Loss of muscle tissue occurs all over the body when we develop certain health conditions and when we age. However, it can be difficult to measure strength in many places, which is why the hands are so useful. Their ability to produce both fine and force movements makes them a good proxy for overall health.

With disease (including heart disease, diabetes, and cancer), our muscles’ ability to contract to generate force and their ability to function and move is reduced. This results from one or a combination of factors, such as reduced function of the heart to enable movement or prolonged movement, less efficiency in muscles, fatigue or muscle wasting. Having lower muscle function also results in loss of muscle tissue—and this tissue loss subsequently also leads to decreased muscle strength and the inability to do as much. Certain health conditions might also cause fatigue, which also makes us less likely to move and exercise, causing a cycle of further muscle loss and decline in strength.

Cancer, in particular, can limit how well our digestive system works, making it difficult to consume food and reducing appetite. The foods we eat—in particular protein—are especially important for maintaining muscle mass and strength. Without proper food to fuel us and give us energy, the body must draw on its internal reserves to generate energy. One of the main ways it does this is to burn tissue that isn’t being used—and muscle is a favorite fuel for this situation. Loss of body mass reduces the body’s natural stores, and potentially its ability to sustain prolonged chronic illness.

One of the key things people can do to maintain health and improve—or at the very least maintain muscle strength—is to exercise. The body has a “use it or lose it” approach to tissues, with muscles being broken down if not used. For instance, it’s well known that getting patients walking after surgery prevents loss of muscle and bone and reduces their length of stay in hospital.

Either way, a strong handshake may offer more information about you than you may realize.